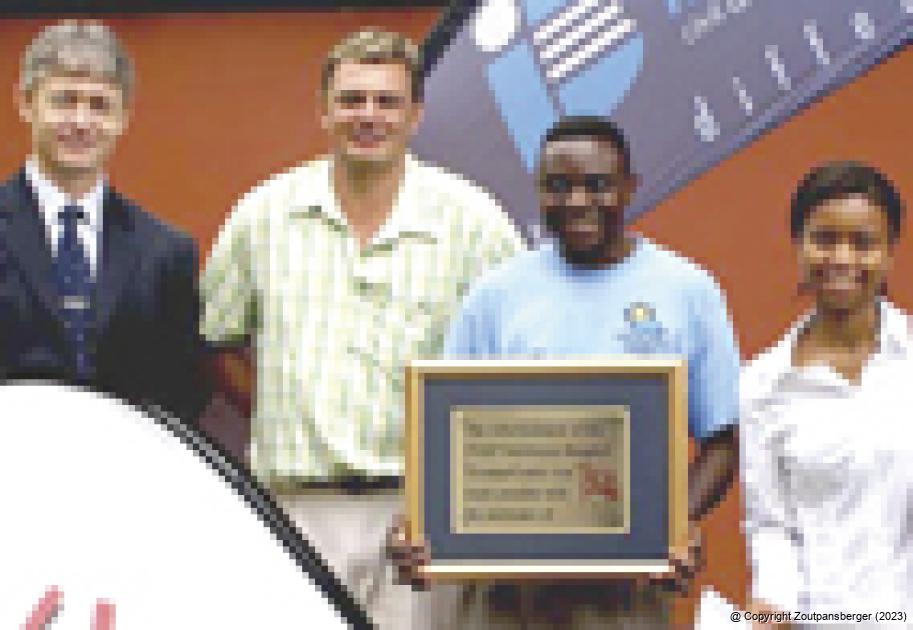 It was all smiles after the official handing over. Here the stakeholders and sponsors are outside the refurbished premises.

The fight against the abuse of women and children received a major boost when Tusk Venda Casino and Hotel and their business friends SAB and Infraburo joined hands and refurbished the Tshilidzini Trauma Centre.

The project, which cost more than R90 000, was officially launched during a function attended by different stakeholders at the centre´s premises at Tshilidzini this week.

The general manager of Tusk Venda Casino, Mr Albert Eksteen, said they did not think twice after a request for the donation was made to them. "We felt it was a worthy cause that needed no second thought, as abused people are part of the community that we serve," he said. Eksteen said Tusk Venda Casino, which is now part of the Peermont Hotels Casino Resorts, has supported positive initiatives for the past 10 years. He said the request from TVEP was special, as it fitted in to their aims of assisting disadvantaged communities.

Eksteen said they were very proud to be associated with and will continue partnering organisations like the TVEP, which is fighting social ills and trying to develop communities.

Ms Mankete Moroka, corporate social investment coordinator of SAB North Region, said her company invests more than R100 million in sponsorships and community partnerships. She said the partnerships were more than just giving handouts and making donations, but addressing community needs and joining hands within sustainable partnerships that provide a better way for all involved. "We want to ensure that victims of abuse from all over Thohoyandou have a place to seek counselling and assistance at all times," she said.

Mr Willie Venter of Infraburo said his company did not want to be left out when a request was made to them. "We will always support worthy causes and community development initiatives," he said.

The centre manager, Mr Albert Mahada, was over the moon. "We are very humbled by this gesture; this came at the right time, when many cases are handled by our organisation," he said.

Mahada said it hurt him very much when victims of abuse approached them and couldn´t be helped in time because of the lack of resources. "From now on, victims will have an inviting environment and a better place to sleep while awaiting help," he said with a bright smile. Mahada said he was very thankful for what private business was doing for organisations like his and urged other businesses to help them as they were still in need.

A member of the board of trustees at TVEP, Mr Simon Madi, said the gift could not have come a better time "…when people countrywide are observing the 16 days of non-violence against women and children and we receive this," said an elated Madi. "This is a perfect gift and we really appreciate it and will make use of it", said Madi. He said they still have to appoint counsellors as the influx of victims continues to swell on a daily basis. He said funds were still needed in order to expand their building in order to cope with the increasing number of victims that come to them for help. The programme director at TVEP, Ms Fiona Nicholson, was overwhelmed. "I am short of words to express my gratitude to the sponsors," she said.

Elmon Tshikhudo started off as a photographer. He developed an interest in writing and started submitting articles to local as well as national publications. He became part of the Limpopo Mirror family in 2005 and was a permanent part of the news team until 2019.