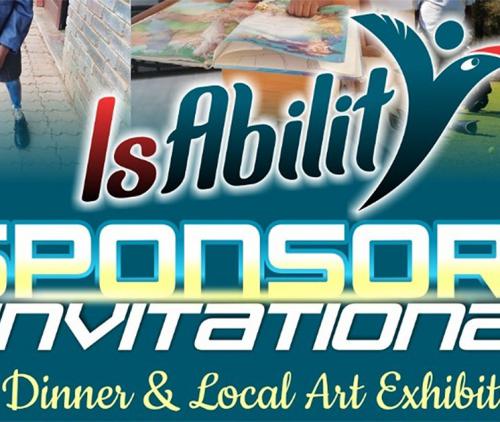 The IsAbility Sport Club in Louis Trichardt will be hosting their annual sponsor’s function on 4 March, which will coincide with an art exhibition in the Emmanuel Christian School hall this year.

The art exhibition will feature work from local artists, and a school art competition with the theme “Hope and/or Embracing Ability”. Entry forms for the school competition are being delivered to the local schools. R500 first-prize money in each of the high school and primary school categories and R200 each for the second-prize winners will be up for grabs. The art exhibition will take place in the afternoon.

The sponsors’ function will be in the evening and tickets cost R200 per person. The “imported” guest speaker for the evening is Arnu Fourie. Arnu is a single-leg amputee who was signed to play for the Golden Lions in 2004, but lost his leg in a boating accident. Apparently, when he woke up the next morning after the amputation, the first thing someone said to him was what the world record for the 100-metre sprint was in the World Para-athletics in the T44 class (which would become his classification). So, Arnu embarked on an athletics career and, apart from a number of other world records and medals, he achieved gold and bronze at the 2012 London Paralympics. He is the Financial Director at IMPower (a solar power and energy construction and project management company in the Cape) and a Jumping Kids sponsors.