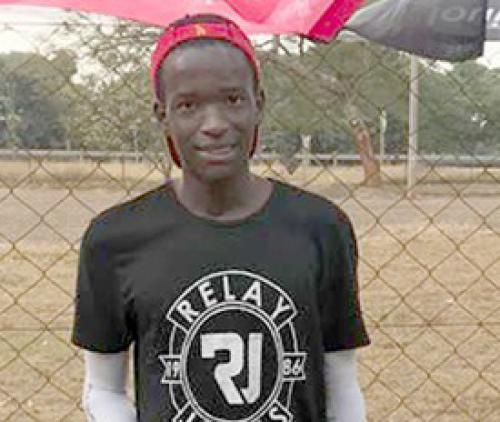 How would Kipchoge perform in Parkrun?

Early on Saturday morning, a Kenyan long-distance athlete performed one of the most remarkable feats in recent times – he completed a marathon in less than two hours. Eliud Kipchoge completed 42,2 kilometres in a time of 1:59:40, becoming the first man ever to break the two-hour barrier.

To try and illustrate how remarkable this achievement is, we compared his time against the performances of the “athletes” who take part in the 5km Parkrun every Saturday morning in Louis Trichardt. The Parkrun takes place at the park adjacent to the tourism info kiosk on the corner of Songozwi Street and the N1.

Firstly, what needs to be mentioned is that Kipchoge’s time will not be officially recognised by the relevant sporting bodies as a record because the event was not a “normal” marathon. The race was planned months in advance and all aspects had to be perfect, which included the flat track at a park in Vienna, the teams of runners who set the pace and formed an inverse “V” in front of him and even the specialised shoes he used. The conditions at the weekly Parkrun are not that perfect, with a dusty, uneven track and often soaring temperatures.

Irrespective of all the assistance Kipchoge received, his feat was remarkable. He averaged 02:50 per kilometre for the full duration of the marathon. That equates to a constant 17 seconds per 100m. The average runner who participates in the Parkrun would probably be able to do a 100m dash in below 17 seconds, but to continue with that pace for more than 42km is unbelievable.

To get some more perspective on his speed, one can compare it to the past achievements in the local Parkrun. The recordholder is Livhalani Mudau, who set up a time of 16:18 on 7 September this year. The female record holder is Rosymary Mudzanani, who completed the race in 21:29 on 21 September this year. Had Kipchoge taken part early in September, he would have finished the race in 14:11 (and waited more than two minutes for Mudau to arrive).

To add even more perspective, one needs to look at the averages. The Louis Trichardt Parkrun’s average time is 42:07. One must assume Kipchoge can up the pace slightly if he knows that the race is a shorter one, so he probably would complete the course three times before the average runner finished.

Even when we compare South Africa’s best runners of all time against Kipchoge, the Kenyan runner’s performance is still remarkable. Gert Thys holds the record as the fastest South African in the marathon. In 1999 he finished the Tokyo marathon in 2:06:33. The almost seven minutes that Kipchoge cut off Thys’s time may not sound like much, but it is massive.

Kipchoge’s time is even impressive when comparing it to the times SA runners achieved in half-marathons. In August this year, Stephen Mokoka broke the one-hour barrier, finishing the Buenos Aires Half-Marathon in Argentina in 59:51. (The record still needs to be officially recognised). Kipchoge, in theory, would have beaten him by a second and then completed another half-marathon, again beating his time by a second.

Athletes who believe they can be the Kipchoges of the future should consider starting with their training at the Parkruns every Saturday morning. No entry fee is charged and the event is organised by volunteers. It also makes provision for the walkers who take more than an hour to finish the 5km (who would have been lapped by Kipchoge at least four times). Be there at 07:00 in the summer.