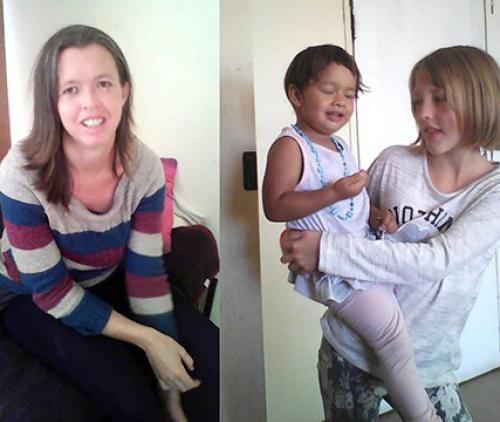 Limpopo police on Tuesday evening issued a statement asking for assistance in locating a mother and her two daughters who went missing in Louis Trichardt.

According to the police, the 37-year-old Camille Brink and her two daughters, Kaylee (9) and Emily (2) went missing at about 21:30 on Sunday, 19 January. It is alleged that the mother of two left her place of residence in town with her two daughters to go to a local supermarket. They have not been seen since. “The police’s efforts to locate the three were all in vain and her cell phone kept on ringing unanswered and it is now on voicemail,” said provincial police spokesperson Colonel Moatshe Ngoepe.

Camille is reported to have been staying in Cape Town and only moved to Louis Trichardt in December 2019.

“Police are appealing to anyone with information that can assist in locating these missing persons to contact Lieutenant Colonel Tshililo Mphagi on 082 565 7877 or the Crime Stop number 0860010111. Alternatively, the nearest police station,” said Ngoepe.