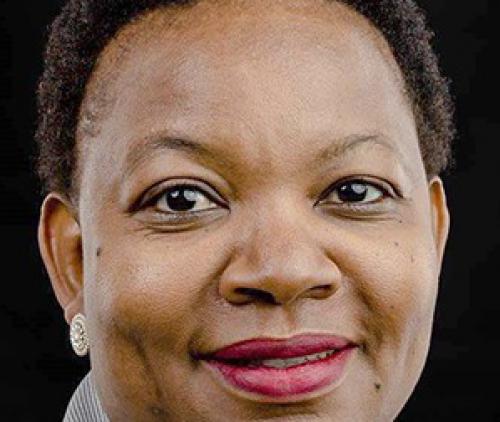 The Road Traffic Infringement Agency (RTIA), in partnership with the Limpopo Department of Transport and Community Safety, launched the three Administrative Adjudication of Road Traffic Offences (AARTO) Service Outlets in Polokwane last week. Following the launch, Transport and Community Safety MEC Mavhungu Lerule-Ramakhanya (above) said that AARTO was aimed at cracking down on habitual offenders by imposing penalty points on their respective licences in addition to a fine. Photo supplied.

Makhado Municipality is one of eight municipalities tasked to begin with the roll-out of the new AARTO regulations. One of the somewhat controversial implications of the new regulations is the points demerit system that could lead to the suspension or cancellation of licences, professional driving permits or operator cards.

The new regulations of the Administrative Adjudication of Road Traffic Offences (AARTO) act will be phased in. The legislation's main purpose is to migrate traffic fines out of the courts and into an administrative scheme.

The Road Traffic Infringement Agency (RTIA) has begun with phase 2 in its national roll-out of the AARTO system, which will see the system being implemented in 67 local and metropolitan municipal areas. The new phase will also see the official introduction of the electronic service of documents such as traffic infringements. This would mean that motorists will have an option to receive their traffic fines in three different ways:

* Through the standard postal method;
* Via SMS or other mobile messaging services; and
* Online, including an option to receive traffic fines through email.

Motorists will be able to choose which option they prefer.

From what could be established, motorists will still pay a reduced 50% fine if they respond and pay their traffic fine within the original 32-day notice period. The new AARTO system differs from the current system in that it allows motorists to dispute the fine well past these 32 days. Motorists would also have several other new options upon receiving an infringement, including paying the fine in instalments.

As part of the implementation phase of the AARTO system, 309 operational officers are currently being trained. Eight issuing authorities were proclaimed on 1 October 2021, of which Makhado was one.

The phased approach to the AARTO provincial roll-out can be summarised as follows:

* Phase 1: Started on 1 July 2021 and continued until 30 September 2021. During this time, the AARTO service at Polokwane Municipality started to operate virtually.

* Phase 2: Started on 1 October 2021 and ends on 31 December 2021. During this period, eight local municipalities are included in the AARTO roll-out. An additional two AARTO service outlet for Limpopo province will be opened at Thulamela and Fetakgomo-Tubatse. The goals will be to ensure that:
- The adjudication process is effective
- The Appeals Tribunal is functional

* Phase 3: Starts from 1 January 2022 and ends on 30 June 2022. During this phase, all remaining local authorities are to be proclaimed for the AARTO roll-out.

* Phase 4: Starts on 1 July 2022 and ends on 1 July 2023. During this period:
- The coming online of the Points Demerit System (PDS) to be functional
- The Rehabilitation Programme must be effective
- Establishment of self-service kiosks

Makhado municipal spokesperson Mr Louis Bobodi said last week that the municipality was ready to activate the new system, though external logistics were with the Department of Transport and Community Safety. “The external logistics such as printing of notices and the signing of the SAPO SLA are still being sorted,” said Bobodi, adding that the system would become fully operational soon after all logistics had been sorted out.

Bobodi explain that the Makhado Municipality is an issuing authority, meaning that they will be issuing infringement notices to offenders and capturing them on the system; receiving representations to refer them to the Road Traffic Infringements Agency for decisions, as well as receiving and referring appeals from offenders to the Appeals Tribunal for final decisions. To fulfil all these duties, Bobodi said that staff needed extra training and that this training was completed. “Hence we say the municipality is ready to activate the system. We hope this will positively impact on the municipal revenue collection as AARTO is here to reduce the delays from the protracted justice system, let alone corruption,” said Bobodi.