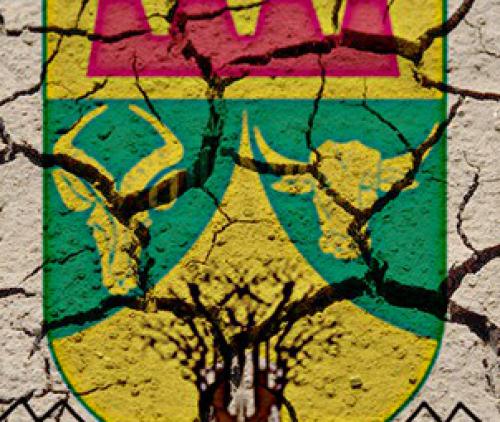 The Musina Municipality came under scrutiny the past year for the way it seemingly allowed its infrastructure to be vandalised and stolen. The Nancefield stadium is quoted as an example, where a R4,7 million project was left unprotected and has become unusable. The stadium deteriorated to such a state because of theft and vandalism. Many now consider it to be too risky to host any events.

Two weeks ago, the newspaper reported on the fact that the local community radio station, Musina FM, had to close down. One of the reasons given for the station’s closing down was the continuous theft of equipment. The station management said that, apart from the theft of cables, thugs had also stolen the transmitters and antenna. Musina FM operated from a building owned by the municipality. The municipality responded by saying that the station had the responsibility to protect its equipment and the property.

In February this year, the municipality put out a tender for the provision of security services for the next three years. In total, 45 companies submitted tenders, which varied from R11,3 million to R66,04 million. The tender from Mahosi Protection Security Services for an amount of R43 392 081 was accepted. On average, that is R14,46 million per year.

Mahosi Protection Security Services has only one member, namely the 43-year-old Edward Thilivhali Nelwamondo. The company’s registered address is only given as Musina location, Musina. In answer to a question whether the company was compliant in terms of legislation, the municipality’s spokesperson, Wilson Dzebu, said that the bidder had complied with all the requirements.

Dzebu responded to a question to explain what the security services entail and said that, in total, 33 sites needed to be guarded. The security company needs to provide 54 guards, of which several are armed, working in shifts. The service does not include cash-banking services or VIP protection services.

To a question why this tender had been accepted and not any of the much cheaper options, Dzebu said that supply-chain management policy did not award according to price only. “Other considerations as per advert and tender documents are considered,” he said.

In the latest budget of the Musina Municipality, under the heading for outsourced services, the cost for security is budgeted at R9 million. In a more detailed document filed at the National Treasury, a breakdown of costs is provided. In the 2019/20 financial year, Musina spent R7,528 million on security services. The expectation was that this would decrease to R6,85 million the following year, but the adapted figure changed to R13,47 million. The budget for the next three years was set at R38,75 million.

When Dzebu was asked about the big discrepancy between the budgeted figures and the tender, he denied that this was the case. “The calculation of the R9 million is not correct; that amount includes sites that belong to the district municipality and are not charged to our budget. Sites may also increase during the financial year because of additional completed projects or additions based on security assessments,” he said.

The Musina Municipality is one of the municipalities described as falling in the high-risk area and is still battling to settle its Eskom debts; service delivery issues are also an almost permanent ignitor of conflict. As the only Vhembe-based municipality whose name appears on the latest Out of Order Index compiled by News24 ahead of the 2021 local-government elections, Musina comes in at a combined 23rd place on a list of the “worst” municipalities in the country.

Municipalities such as Musina have been criticised by the auditor-general for the excessive amounts paid to outsourcing certain functions. This, seen together with its excessive salary bills, means that very little money is left over for service delivery. Musina’s 2021/22 operating budget makes provision for an expected income of R437,5 million. The salary bill, including the cost of the councillors, amount to R171,2 million, which is 39,13% of the total. If contracted services of R37,76 million are added, this percentage jumps to 47,76%.

Dzebu reckons, however, that the high cost of security is inevitable and necessary. “The council has invested R629 million in property, plant, and equipment, a comparison of that amount to R9 million (sic) per annum is clearly unmatched. The investment in security guards for R9 million reduces the cost of repairs and maintenance due to vandalism and theft,” he said.