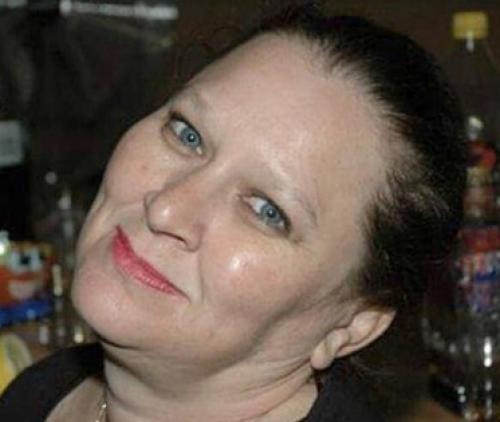 The always-smiling Zena who passed away on Sunday, 9 May, at the age of 50. Photo supplied.

A sad farewell to much-loved Zena

Family and friends learned with great sadness of the death of well-known former Louis Trichardt resident Zena (McGuire Lambrechts) on Sunday, 9 May, at the age of 50. By that time, she had spent 78 days in the intensive care unit at the Netcare Milpark Hospital in Johannesburg because of complications with her donor heart.

In the Soutpansberg, Zena was well known for her sparkling personality, boasting an extensive career in the hospitality industry. Most got to know her during her years of service at the Khoroni Hotel in Thohoyandou. From there she was a welcome face at the Adam’s Apple Hotel and, more recently, she opened and managed Zena’s Cantina at Kennington Lodge just outside Louis Trichardt - until she got sick.

During 2018, Zena started to struggle with her health. This was because she was left with only 23% heart function after suffering a heart attack a couple of years earlier. To help her heart cope, she received a pacemaker but, inevitably, her heart, which had started to enlarge because of having to work overtime, just could not keep up anymore. She needed a heart transplant immediately or she would have died soon.

Against all odds, Zena was blessed to receive a donor heart, with the transplant taking place on 1 December 2018. For her family and friends, this was a Christmas miracle. Due to her well-known fighting spirit, Zena was also up and about in record time after the transplant, much to the delight of especially her daughters Sky and Li-Amor, who were finishing their high-school careers.

Sadly, Zena’s health took a turn for the worse the last couple of weeks. “Basically, what happened is the one valve in the [donor] heart started leaking and had to be replaced by a mechanical valve,” said Zena’s brother, Keith McGuire. Zena left Louis Trichardt and went to stay with Keith in Pretoria after her heart transplant to be closer to the specialists and medical facilities.

Zena was isolated in the intensive care unit of the Milpark Hospital to get her ready for the operation. “The doctors had to get her strong enough, because it was a massive operation. They reckoned it was harder than the actual heart transplant itself. But it was an operation she had to have,” said Keith.

About three weeks ago, Zena went in for the operation to replace the leaking heart valve. “It was quite a tricky operation and they [the doctors] were actually very scared that she was not even going to make it off the operating table. But once again, she defied all the odds and she got off the table,” said Keith.

All was going well, and everybody expected to see Zena back at home in no time at all. “But then the infection set in,” said Keith. Not only did Zena get septicaemia, but she also had a fungus in her blood. “Three minutes past three Sunday afternoon she rang the bell. She had had enough. We were all there by her side. She waited for everybody who needed to be there to get there,” said Keith. At that stage, Zena was kept in an induced coma after her condition turned critical.

Keith said that the past couple of weeks had been an extremely difficult time for both Zena and her family. “It has been a horrible nearly three months. There was just not enough wind left in her sails to continue. She was tired and told me that she wanted to go home,” said Keith.

Despite the sadness, Keith said that they were grateful for the “bonus” time they had had with Zena. “We were blessed with the extra two-and-a-half years she was with us. I think she mainly stayed for her kids to see them through matric and get them to where they are,” said Keith.

Two memorial services will be held for Zena, one on Friday in Louis Trichardt and one in Pretoria on Saturday. She is survived by her daughters Sky and Li-Amor, brother Keith, sister Karen and grandson Ruwan. People who want more information about the memorial services can phone Keith at Tel 079 519 9094.

“She was a really blessed and special person. If there is one person who really put her footprint on this earth, it was Zena,” said Keith.