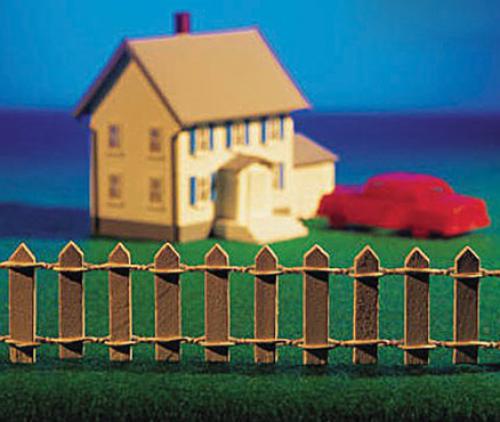 Sanity finally appears to have prevailed with the Makhado Municipality’s decision to re-advertise a corrected version of their property rates increase for the 2020/21 financial year.

This follows a budget announcement by the municipality that they would implement ‘n 4,6% increase in property rates for the present financial year, but the new rates they promulgated in the Provincial Gazette were clearly incorrect.

For residential properties, the rate changes from 0,0084 cents in the rand of the valuation of the property to 0,01 cents in the rand, an increase of 19,05%. On business properties, the escalation is 12,07%, taking it from 0,0116 to 0,013 cents in the rand. The biggest increase, however, is on agricultural land. Here the rate spikes from 0,0021 to 0,003 cents in the rand, an effective increase of 42,85%. The council’s accountants had apparently made a rookie mathematical mistake by rounding off their newly calculated property rates to the next decimal. Number-wise, this might not seem like a big issue, but in terms of rands and cents on monthly accounts, the difference is enormous.

The municipality has since issued a notice that they intend to correct their mistake. “Notice is hereby given that the Makhado Local Municipality’s Notice No 58 of 2020 which was promulgated in the Limpopo Provincial Gazette of 7 August 2020 is herewith corrected, and only to the extent as indicated herein below…” the notice reads and goes on to indicate the new percentage increase for residential properties as 0.0087 cents in the rand. The increase for business/industrial/commercial properties is 0.0121 cents in the rand, while the property rate on farms used for agricultural purposes increases to 0.0022 cents in the rand.

The Makhado Municipality was asked to confirm the reason for the council’s accountants’ error in calculating the percentage increase on tariffs. In our article, “Rates shock looming” of 24 July, the newspaper could merely speculate on a reason, in the absence of an official explanation from the municipality. The municipality was also asked to explain why they had failed to promulgate the new tariffs in time as these were to come into effect on 1 July. We asked this in response to queries by some taxpayers who wondered if their property rates would be calculated according to the new rates for July or the old ones, as the new tariffs (which will now have to be re-advertised in the Provincial Gazette) were only  advertised in the said Gazette on 7 August.

The municipality’s explanation for correcting their obvious mistake is somewhat confusing. “The media speculation on ‘Rates shock looming’ had nothing to do with the corrected tariff calculations notice. It is our observation that there are calculation errors on your calculations as per your article of the 24th July 2020. However, the municipality credit control section is available to assist consumers to understand the implication of applying the 4.6 per cent on property rates increase in their accounts. Makhado Local Municipality is implementing the 4.6 per cent increase from the previous financial year tariffs on property rates as approved by Council and as reflected in the Mayor’s budget speech,” was municipal spokesperson Mr Louis Bobodi’s reply.

As for promulgating the new tariffs late, Bobodi said that the Makhado Local Municipality had only approved its budget and tariffs on 26 June this year and “like any other municipality, we were exempted for the approval of the budget and tariffs before the 31st of May 2020 because of the Covid-19 lockdown. The Council Resolution on tariffs is published in the newspaper for 30 days from the date of the Council approval of which Makhado Local Municipality is compliant with.”

This is where the water gets muddy again. As part of determining new property rates tariffs, the council is obliged to consult with the public through a process of public consultation. “A Council resolution passed by a municipal council enables the municipality to levy tariffs for a particular financial year. Council resolution on the 4.6 percent tariff increase was adopted after the 90-day period of consultation with the community. Promulgation and advertising is meant to inform the public of the approved tariffs, of which the council resolution is the key factor in levying tariffs,” said Bobodi.

Nobody seems to know, however, when this supposed consultation took place. If the council only adopted the new tariffs on 26 June this year, as per their own acknowledgement, their public consultation process started on 26 March this year, the day on which South Africa went to Level 5 lockdown.

One local taxpayer seriously questioning the council’s public participation process is Ms Erika Helm. She felt so strongly about the issue that she lodged a complaint against the Makhado Municipality at the office of the Public Protector. Acknowledgement of the complaint was received on 3 August.

Helm said that the municipality had advertised in this newspaper of 24 July that residents had 21 days to lodge objections against the proposed new tariffs (in this case, the old, incorrect tariffs). “That means the residents had until 22 August to lodge complaints, yet they promulgated the tariffs on 7 August, before the public participation process was completed. What is the purpose then of the public participation process?” Helm wanted you know.