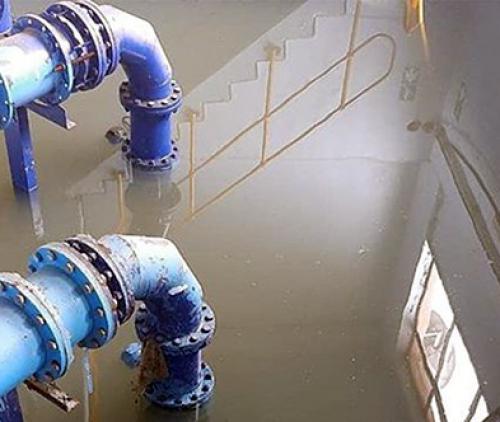 This is the damage caused at the Albasini Dam pump station last Friday. All three motors pumping water were flooded. Photo supplied.

Another week of dry taps …

Residents’ patience is wearing thin with the Vhembe District Municipality (VDM) after yet another week of water shortage. This time, the water shortage was brought about when the water-treatment plant at the Albasini Dam flooded.

The cause of the flooding is not known, but at least this time residents were warned in advance of yet another pending water shortage. The VDM issued a media statement early last Friday morning, warning residents that their taps might run dry over the weekend because of the flooding. At that stage, VDM technicians were already on site and they indicated that they would resume with the pumping of water immediately after the repair work had been completed. They thanked residents of especially Louis Trichardt and Tshikota for their patience.

Saturday morning came and residents received good news: Vhembe announced that their technicians were in the final stages of fixing the plant. “The plant is expected to resume pumping and collect[ing] water at main reservoirs on 9 August 2020, hence the distribution of water to residents may start late in the afternoon on the same date,” said the VDM in a press release. Again, the VDM thanked residents of Louis Trichardt and Tshikota for their patience.

But residents’ patience started wearing thin when, by Monday, they were still stuck with dry taps. “Good heavens, this is really pathetic!” remarked one irate Facebook user. Her sentiment was shared by many.

The taps were still dry because, although the smaller two water pumps had been repaired at the treatment plant, technicians were struggling to get parts for the bigger motor because of the long weekend. On top of this, when they started pumping water again, they discovered that the pipeline before the raw-water booster pump had sprung a leak.

By Tuesday morning, water starting trickling from taps again. This after VDM spokesperson Mr Matodzi Ralushai had confirmed that Vhembe had resumed with the pumping of water on Monday after the leak at the booster pump station had been repaired.

Ralushai reiterated the fact that Vhembe was well aware of the challenges they faced. “In all district addresses by the executive mayor and interviews conducted, we have acknowledged challenges of aging infrastructure, hence there are contractors appointed to refurbish or upgrade the water scheme, and once done, there will be improvement,” said Ralushai.