How does it work?

We have written the first chapter of the story. Two stories are featured, an English one and an Afrikaans story. The stories will alternate, meaning the first week will be English and the second week Afrikaans and thereafter it will continue alternating until the final chapters get published. The stories are completely different, and the young writers do not have to enter chapters for both stories. (Choose whichever you are comfortable with).

The first chapter merely sets the parameters of the story, such as some of the characters and a very basic plot. Where the story will eventually end up is totally up to our young readers. Writers may introduce new characters and (sadly) kill off some of the old characters.

Every new chapter gets published on a Thursday in the newspaper. The writers then have up to the following Wednesday afternoon to send in their contributions. The entries will be judged by a panel of writers. Every week’s winning entry will receive a small prize. An overall prize for the best contributions (English and Afrikaans) will also be given at the end of the series.

We want to encourage all young writers to contribute. The writer’s imagination and the way the plot is structured are more important than the use of language. The winning contributions will be sub-edited and corrected before the next chapter is published. (If necessary information may be added to keep context and add to the continuity.)

In every week’s edition, a judges’ discussion with some advice for the young writers will be provided. The competition is not about language excellence, but rather about the telling of an interesting story. We do not know where the story will end up, so this is an exciting journey for all involved.

An age-limit of 19 has been set, but anything younger goes. Entrants are not limited to specific schools, but they must reside in the Vhembe District.

We would love if language teachers can promote the competition in their classes. Unfortunately, we do not have prizes for schools, but we will consider this for future competitions.

Although we want to keep rules to the minimum, some guidelines are necessary. Each chapter should be limited to 450 words or fewer.

Entries must reach the newspaper before 16:00 on a Wednesday afternoon after publication. (If, for instance, the Afrikaans story’s chapter is published that specific week, the entries for the next chapter must reach us the next Wednesday.)

Entries must be e-mailed to leigh@zoutnet.co.za.

The story will be published on our website to make it easier for entrants to recap on what had happened in previous chapters. Entrants must stick to the characters and not deviate too much from the existing story line. Each chapter must preferably end in a way that the suspense is maintained and that the other writers can add to the story (so do not let all the characters die in a massive explosion in Chapter 3.)

Both stories need to end in Chapter 10. Build the story in such a way that a conclusion can be reached in the final chapter.

Rosalyn jumped around and stared at the old radio on the mantelpiece. She could have sworn that it was her grandfather’s voice that sounded in the room moments before. It was a voice she had not heard for more than a year, but it could only be that of Granddad Brian. 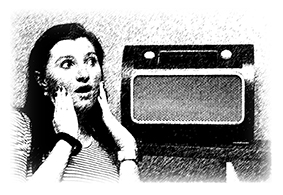 This was her first visit to the old house for quite some time. Granddad was living here all alone. She used to love visiting him, often just dropping by after school to say hello. He was quite a character, very eccentric and always fiddling with some strange device. Some people referred to him as the mad scientist from the haunted house, but for Rosalyn he was just her favourite family member.

She remembered her previous visit, almost exactly a year ago. She had entered through the back door, as usual, but granddad Brian was nowhere to be found. She had checked the garage, but only his car, a 1958 Austin-Healey 100/6, had stood there abandoned. She would often accompany her granddad on trips with the sports car. Few things were as enjoyable as a trip through the mountain pass, with the soft top down and the wind rushing through her hair.

But that specific day, granddad was not tinkering away in the garage. She had checked the garden, but it was empty. She had called his name, but no-one had answered. Even his study, where he kept his computers and laboratory equipment, was abandoned.

The mystery of her granddad’s sudden disappearance had even made international news headlines. She had never realised that her granddad was so famous. Strange vehicles had arrived at her granddad’s house, with people asking questions to the neighbours and speculating about where he could have gone. It was as if her granddad had disappeared into thin air. The police visited, but apart from opening a missing-person docket, they could not make head or tail.

Grandfathers’ disappearance had affected Rosalyn’s mother badly. Even while granddad was still there, her mother had battled with depression, often turning to alcohol as a coping mechanism. She had never fully recovered from the shock of the sudden death in a motor accident of Rosalyn’s dad. This also meant that Rosalyn had grown up as a lonely child.

Now, a year later, Rosalyn had returned to the deserted house. Apart from the dust forming a thin layer on the furniture, everything was almost exactly as it was when granddad disappeared. It was when she had walked into the study that the old radio had caught her eye. Granddad had two of these valve radios. They must be over 70 years old. She switched on the radio on the desk, causing the vacuum tubes to light up in an array of yellow and pink colours.

In that moment of pure confusion, Rosalyn turned around, feeling a chill run down her spine. With a shallow crack in her voice, she called out to granddad Brian, hoping to hear once more the familiar sound she holds dear to her heart.

Rosalyn reached for her cellphone, with the thought of calling someone she knew, someone she could trust. Was it only her imagination playing tricks on her, or had she really heard her granddad’s voice? She put the phone down again.

Tears started rolling down her cheeks as different emotions swept over her. She thought of her mother, who was clearly in a very dark space. The death of her father had been unexpected, and it had left her mother exposed and depressed. Grandfather used to be the one solid rock in the family, and when he disappeared, her mother battled to cope, often finding solace in liquor. She blamed the loss of both men on herself.
Her mother’s misplaced efforts to cope with grief did not help Rosalyn deal with her own problems. Most conversations turned into conflict, and Rosalyn was becoming more isolated, with only her granddad acting as a sounding board on the odd occasion.

With all these emotions engulfing her, she started to wander through the empty house. The kitchen evoked memories of long conversations about life, the universe and everything else that mattered to a teenage girl. Her granddad was a man of many skills, but as for his cooking, that was another story. A smile formed around her lips, but quickly faded.

For some reason, the bookcase in the study caught her attention. A few books were clearly out of place, seemingly shoved quickly onto the tops of the shelves. She climbed on a chair to collect the books. Inside one of the books she noticed a loose piece of paper that resembled a hand-drawn map. The location was not recognisable, but GPS coordinates were jotted in pencil next to crosses on the map.

With the sun setting outside, the room started to turn dark. She suddenly noticed the glimmer of light stemming from the vacuum tubes inside one of the radios. She instinctively pushed one of the buttons.

Rosalyn stared at the radio in disbelief. She didn’t know whether to laugh or cry. “Granddad, where are you?” was all she could say.

* The second Chapter was written by Amelia-Mari Labuschagne from Louis Trichardt. The 18-year-old Amelia-Mari is a “home schooler”, studying at Impaq Homeschooling. “I loved writing this and even though I might not win, I really want to say thank you,” she said in her entry. Well, we liked her contribution and she is a very worthy first winner of our R300 cash prize.