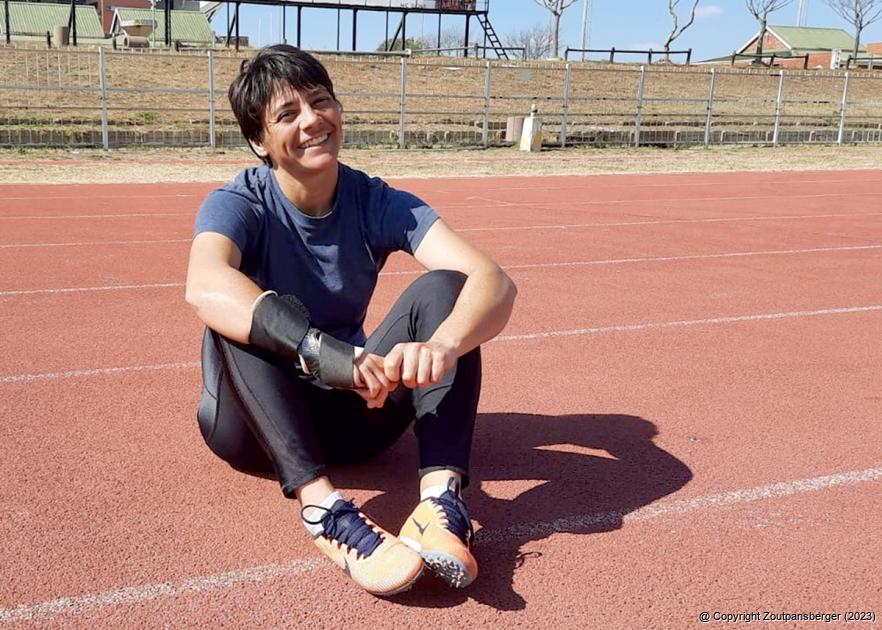 Pictured is Sheryl James during a recent training session at the Peter Mokaba stadium in Polokwane. Photo supplied.

Sheryl on her way to Commonwealth Games

Paralympic bronze medallist Sheryl James from Louis Trichardt has been selected as part of the approximately 190-member South African team to take part in the 2022 Commonwealth games in Birmingham at the end of July, beginning August.

For the first time in history, the games incorporate both able-bodied and para-athletes at the same games. The announcement of the team took place at SASCOC House on 8 June.

Nine para-athletes are in the team and events are limited for these athletes, so Sheryl is only running the 100m on 2 August. She is competing in a mixed category, where the others are T38 class and she is T37,  so Sheryl is up against stronger athletes. She is, however, looking forward to the challenge and is honoured to have the privilege of competing for South Africa at these games.