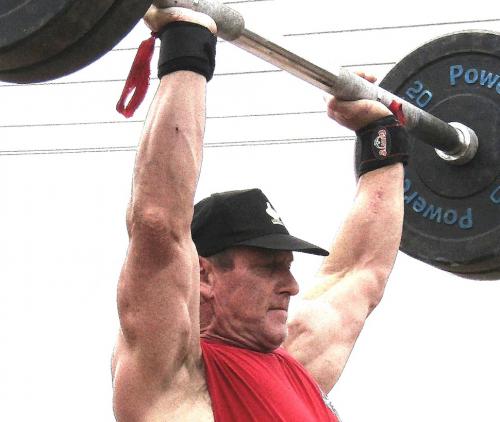 On 25 June this year, Louis Trichardt will play host to the first ever Limpopo Strongman Championships, organised on behalf of the Southern African Strongman Federation (SASF) and hosted by Paul’s Body Shop from Air Force Base Makhado.

In charge of all the arrangements is local strongman Leon le Roux. Le Roux needs no introduction among our readers, boasting numerous top-3 and top-10 finishes in both national and international strongman competitions in his age and weigh class over the last couple of years.

As the only Limpopo strongman competing both nationally and internationally, Le Roux was appointed to represent the SASF in organising the event. By hosting the event, Le Roux hopes to promote the sport and arrange more competitions for the province.

“I have been competing in strongman since 2009, when there were local competitions arranged only for Louis Trichardt. It is now my intention to promote the sport and give the opportunity to all interested members in Limpopo to start a strongman career. There are a lot of people in our province with the potential to participate and to do well but do not know about the sport,” said Le Roux.

And so the idea was born to host a Limpopo strongest man (and woman) competition in Louis Trichardt. “The competition will be open for all classes, ages and sexes to participate. The competition will be done according to ASU (Southern African Strongman Federation) and international standards and will comprise different types of events to test the member’s strength on different levels,” said Le Roux. The plan is to have the competition before the South African national championships, taking place at Emerald Casino. “Members performing well at the Limpopo Strongest will then be invited to SAs,” said Le Roux.

For the competition to take place, however, numerous factors need to be considered and some expenses need to be covered. The following needs to be arranged and funded through sponsorships:

* Prize money, medals and trophies need to be presented;

* Water/drinks for the athletes and officials for the two days;

* Music and a MC for the two days;

* Seating and shading for spectators and athletes; and

* Any other sponsors for prizes, participation, supplements, nutrition or any other type of sponsor; and

* Depending on the number of athletes, affordable accommodation for at least three days.

“There will be four divisions in the competition, namely the -80kg, -90kg, and the -105kg, where you must weigh less than 105kg to be able to participate in the division, and then you get the open class. That will be for all members above 105kg. Then, for every division, you also get a masters category, which will be for all members above 40 years of age. The women also have three categories. A first in for the province will be a novice class for under 105kg and over 105kg for the men, and a under 74kg and over 74kg novice class for the women,” said Le Roux.

People wishing to get involved in the first ever strongman competition for Limpopo are urged to phone Le Roux at Tel 079 012 2263 as soon as possible.