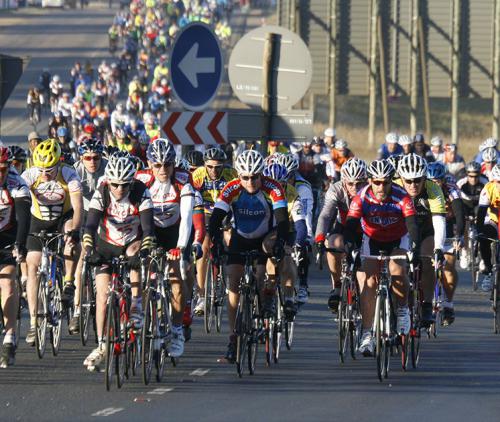 Ever since it was first hosted, the Kremetart has grown to be acknowledged as one of the best one-day stage races in South Africa. Archive photo.

Kremetart Cycle Race back on track for 2022

Official confirmation has been received - after a two-year absence because of the worldwide Covid-19 pandemic, the Soutpansberg will once again play host to the very popular Kremetart Cycle Race this year.

The event on 11 June this year will be presented for the 30th time. Ever since it was first hosted, the Kremetart has grown to be acknowledged as one of the best one-day stage races in South Africa. Over a distance of 175km, this stage race is the only one in South Africa that cultivates endurance and experience for other important cycling events in South Africa and abroad.

The shorter 70km and 35km races will form part of the programme once again and are aimed at the junior and high school development teams. This creates awareness and goal setting prep to become a pro cyclist. The race is a fast one.

The Kremetart is a registered non-profit organisation, and a large portion of the event’s proceeds are donated to various charities. Only local charity organisations are used as suppliers and service providers, thereby uplifting the local community. The event is also unique in the sense that it gives the novice cyclists the chance to rub shoulders with their favourite participating heroes. Annually, the event attracts between 1 000 and 1 200 cyclists.

For more information or how to get involved as a sponsor for this year’s 30th Kremetart Cycle Race, phone Stanley Thompson at Tel 082 493 3897.