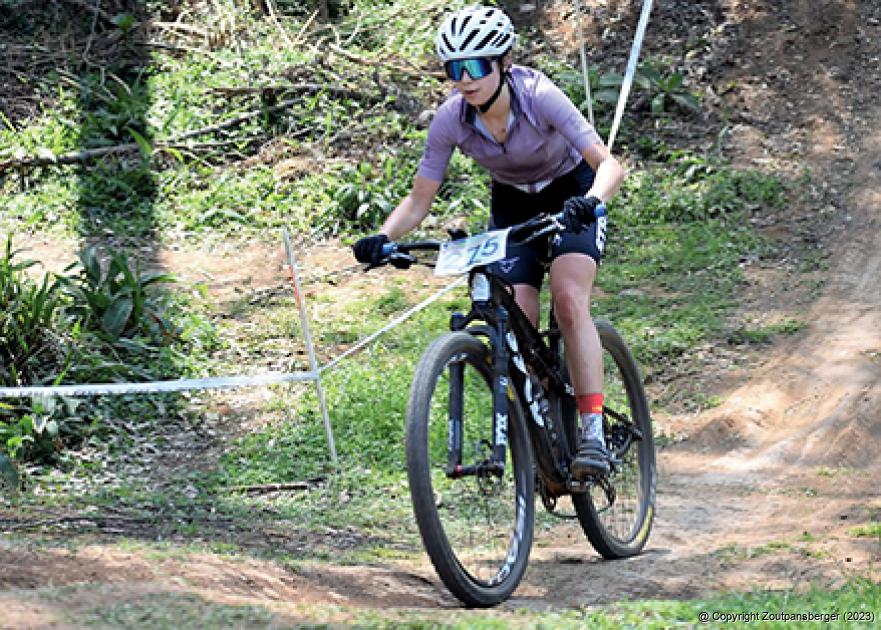 Two of Louis Trichardt’s promising young cyclists, Eliz-Mari Pretorius (18) and Andani Raphalalani (16), really excelled during the final round of the South African XCO Championships in Pietermaritzburg the past weekend.

Eliz-Mari, a matric learner at High School Louis Trichardt, took a well-fought-for national fourth place in the Junior women’s category at the weekend’s race. For her this was a very stressful race as she partook in her first SA XCO Championships. “During the race I could feel the adrenaline kick in and my heart was pounding. But it was great fun to race my first SA Championship and to see all the girls. Everyone was so enthusiastic and ready to race. It was very serious at the starting line, but everyone was very happy to be there, and I didn’t even fall once, considering the difficult track,” said Eliz-Mari. Her preparation leading up to the weekend’s race was very intense, especially the last week as she wanted everything to go as planned.

Eliz-Mari said she had enjoyed the race from start to the finish, adding that the supporters from the Limpopo Province had greatly contributed to her performance. “It was one of my best cycling experiences thus far. The atmosphere and the people contributed to make it more than just a race,” said Eliz-Mari.

Andani, who took part only last weekend and finished third in the gruelling Magoeba Stage Race Challenge, performed very well on this difficult track, taking 34th place in the Youth men’s category. With no stress before the race and not feeling the expected amount of power in his legs, Andani found the race a bit weird at first but managed to finish exceptionally well. Unfortunately, because of the prevailing circumstances, the crowds were not as big, but a few sections of the course indeed did have groups of people cheering the riders on as they passed. Andani mentioned that even though he was tired, the spectators always found a way to cheer him on and that specific section of the course suddenly got a lot easier.

For Andani, last weekend’s stage race was important preparation for him. He had to make sure to perform well in the stage race, but not to overtrain in order to do well in the SA XCO Champs.

For the non-cyclists who may not grasp the difficulty of the track in Pietermaritzburg, known as Cascades, it hosted the Mountain Biking Downhill World Championships in 2013, which saw local and possibly one of the greatest MTB Downhill racers of all time, Greg Minnaar, win the race and defend his world title.