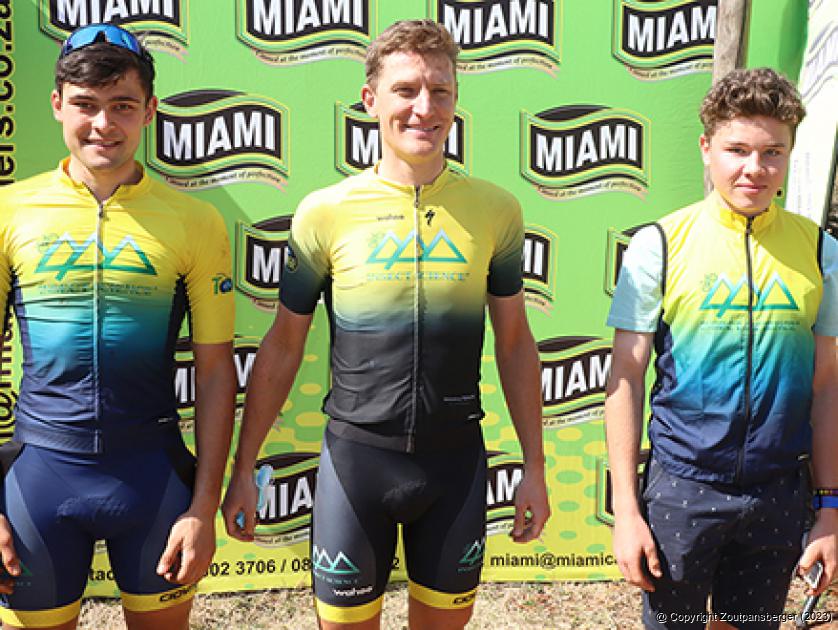 Annual Akkedis proves to be as tough as ever

The Soutpansberg once again played host to the gruelling Akkedis Mountain Bike races over distances of 15km, 38km and 70km respectively the past weekend.

Due to Covid-19 restrictions, the race on 7 August did not attract as many entries as in previous years, with the race not even taking place last year because of the international pandemic. Despite this, a total of 123 entries was received for the races, which included an 15km trail run this year.

The main event for the day was the 70km race, attracting 25 entries. Once again, the race lived up to its reputation as one of the toughest one-day races on the provincial mountain-bike calendar, with a total elevation gain of just under 1 600m.

Team Insect Science from Tzaneen had a phenomenal race, dominating the overall podium place wins. Alan Gordon, riding in the colours of team Insect Science, completed the distance in just under three hours in a time of 02:56:54. Finishing a mere 31 seconds later was team mate Gunther Katzke in a time of 02:57:25 in second place, with Herman Fourie (also from team Insect Science) in third place in 02:57:59. Local cycling sensation Kombo Bere, riding in the colours of SYCD (Soutpansberg Youth Cycling Development), cycled home in fourth place in 02:58:20. No female entries were received for the 70km race.

The biggest number of entries was in the 38km race, totalling 54. The shorter distance did not really make the race any easier for riders, with a total elevation gain of just over 1 200m. The race also saw the most withdrawals, with 10 cyclists not finishing.

The overall winner of the 38km race was Willie Willemse, cycling across the finish line in 02:24:30. Thirty seconds later, another promising local cyclist, Andani Raphalalani, came in second, in 02:25:00, with Ruben van Tonder finishing third in 02:25:30.

As for the women’s race, the youngsters dominated. The overall women’s winner was Anke Rood (Youth Lady) cycling home in a time of 02:38:17. Louis Trichardt cyclist Eliz-Mari Pretorius (Junior lady) came in second 17 seconds later, in a time of 02:38:34, with another Youth lady, Lianke Fourie, finishing third in 03:00:12.

The remaining race category for the day was the 15km trail run. The overall winner was Leana Swart, completing the distance in 01:02:35. The first man to cross the finish line was Casper McDonald in a time of 01:15:39.

SYCD expressed a word of thanks to all who helped to organise the race and acted as sponsors. The main sponsors were Miami, Thompsons VW, STS Bande and KFC. Prizes were also sponsored by GT Verspreiders, Seattle Coffee, Grill and Go, Palm Drankwinkel, Cycle Centre, KFC and Thompsons VW. A huge thank you also went to all the marshals and those manning water points.

For all the category winners, visit https://www.rorevents.co.za/results7aug2021.php.