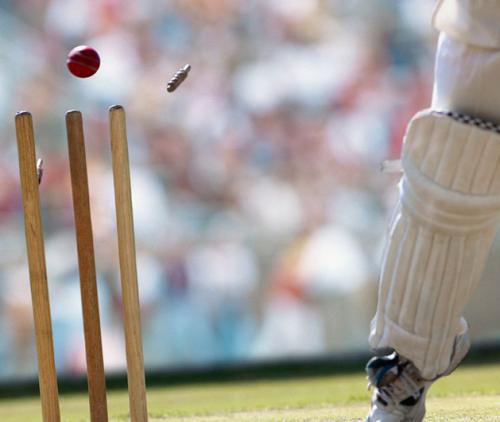 Louis Trichardt enjoyed home-ground advantage and went in to bat first. Opener Dirk van den Berg got Louis Trichardt of to a good start, adding 37 runs off 50 balls before his wicket fell. Fellow opener JP Coetzee could, however, not get going and was back in the pavilion with only two runs to his name.

Dewald Joubert walked in at number three and basically single-handedly took the game away from Giyani. He only needed 66 balls for his 100, which included four fours and ten sixes. Giyani was sure to have breathed a sigh of relief when they saw him walk back to the dressing room after being caught by Niki Mamatshaule from the bowling of Irvin Moropo. After Joubert’s departure, the Giyani bowlers came back firing on all cylinders, dismissing Louis Trichardt’s remaining batsmen for only 15 runs, which included three ducks.

Giyani’s batsmen were off to a bad start, with openers Honest Ngobeni and Hlozi Maluleke being dismissed for only four runs. PJ Makasi in at number three and Matimba Khosa in at number five brough some respectability to the Giyani innings by respectively contributing 30 and 29 runs off the bat. They were well supported by fellow batsman Irvin Moropo, who contributed 17 runs. In the end, Joubert’s 100 was a bridge too far for the Giyani batsmen to match and they were bowled out with only 125 runs on the scoreboard, securing Louis Trichardt a 53-run victory.