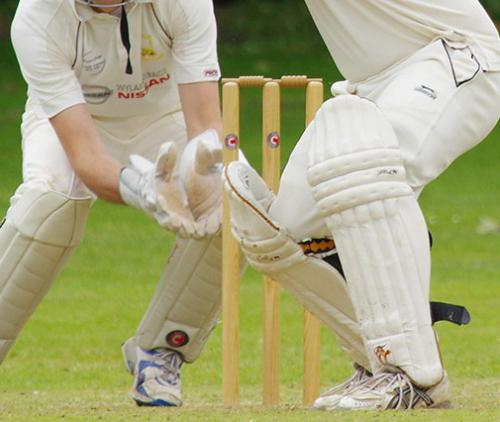 The Vikings batted first, setting their opponents a target of 137 runs in their allotted 20 overs for the loss of nine wickets. They got off to a shaky start, with opening batsman Johan Breytenbach being dismissed on his first ball. Leon Furstenburg and Morné Olwage brought the team back on track, putting 29 and 10 runs on the board respectively. After their departure, the team experienced another bit of a slump, but the Vikings’ hopes were kept alive with the arrival of Jandré Hancke at the batting crease. He quickly hit 47 runs off only 29 balls, boasting a strike rate of 162,07. Waldo van Deventer (21 runs) also managed double figures with the bat, as well as Marius Meintjes, who finished not out with 10 runs off 11 balls.

AC Geldenhuys was in devastating form with the ball for the Drillers. He took four wickets for the loss of 21 runs in his four overs. Teammates TE Smit, Dian van Tonder, Ruan van Tonder, Francois Jonker and Beukes Haasbroek each took one wicket.

Drillers’ opening batsman Ruan van Tonder laid a perfect foundation for his teammates, scoring at about a run a ball and contributing 56 runs to his team’s scorecard. He was well supported by AC Geldenhuys and TE Smit, who added 28 and 10 runs respectively. Their contributions were enough to steer the team to victory in 17.5 overs, with 138 runs on the scoreboard for the loss of only five wickets.

The Viking bowlers were a bit on the expensive side, especially regarding their 24 extras, which included 20 wides. In comparison, the Drillers bowled 14 extras, of which only eight were wides. Most successful with the ball for the Vikings was Waldo van Deventer, who took two wickets for the loss of 38 runs in his four overs. Teammates Morné Olwage, Zander Volgraaff and Leon Furstenburg each took one wicket.

The coming weekend, Ridgeway and Strikers will face off in the next local 20-over league match. Unfortunately, these games are not open to the public because of the Covid-19 restrictions.

As for provincial cricket, the team from Louis Trichardt came up against the Tzaneen Phoenix Cricket Club at the Duiwelskloof oval on Sunday. The game ended in a “no result” because of rain, although the Louis Trichardt team was apparently well on its way to securing a win. The Duckworth Lewis system did not come into play as not enough overs had been bowled in Louis Trichardt’s innings. This coming Sunday, Louis Trichardt will play the Nashua Aces at Duiwelskloof. Again, these matches are not open to the public.