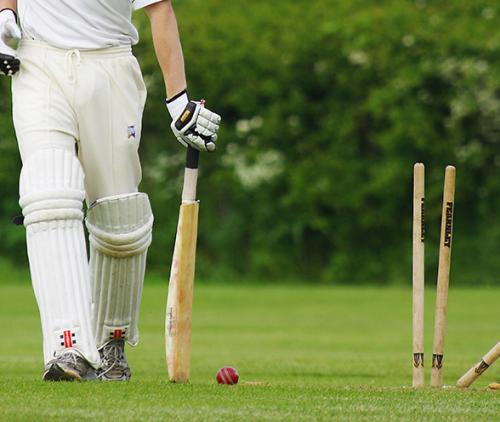 Nashua Aces batted first, with the Louis Trichardt bowlers striking early by dismissing opener Nick Jardim for zero runs after two balls with the score on seven runs. Fellow opener Erik Viljoen was then joined by Leon Zietsman, who took the score to 22 runs until he lost his wicket. The next few Nashua Aces batsmen then steadied the Aces innings with Viljoen (25 runs), Michael Mahlaba (31), Lance Trueman (11), Armand Pansegrouw (16), Tiaan Enslin (24) and Louis Botha (39) scoring double figures for their team. Aces’ last wicket fell in the 45th over with the score on 200 runs.

For Louis Trichardt, Louis van Jaarsveld was the most successful bowler, taking three wickets for the loss of 32 runs in 10 overs. Both Gerhardus Fourie and Dewald Joubert boasted a two-wicket haul respectively for the loss of 27 runs in seven overs and eight runs in three overs.

What happened next can only be described as somewhat of a massacre. Nashua Aces bowler Lance Trueman was in devastating form, claiming the wickets of Louis Trichardt openers AJ Fourie, Cristo Gerber and number three batsmen Craig Viljoen in only 16 balls with the score on only six runs.

But the bad news continued. Next to go was batsmen Dewald Joubert, and then Warno Smit, still with the score on only six runs. Gerhardus Fourie followed next, but also failed to contribute anything with the bat. By the time he was dismissed, extras had at least taken Louis Trichardt’s score to 10 for the loss of six wickets.

Next to the crease was Leon Furstenburg and FC Phillipson. Both of them fought hard, but at that stage Louis Trichardt were with their backs against the wall. It took Furstenburg nine balls to score three runs, while Phillipson finished not out on five runs after 20 balls. This was after Furstenburg was dismissed with Louis Trichardt’s score on only 15. Stoffel du Toit and Louis van Jaarsveld also failed to contribute anything with the bat and with JP van Niekerk retiring hurt, all Louis Trichardt’s batsmen were back in the dressing room in 10.1 overs with their score on 19, securing the Nashua Aces a comfortable 185 run win. This was mainly due to Trueman's taking eight wickets for the loss of only six runs in 5.1 overs, giving him an unbelievable economy rate of 1.2. At least he left one wicket for fellow bowler Jaco Calitz, who took one for nine runs in five overs (1.8 economy rate).