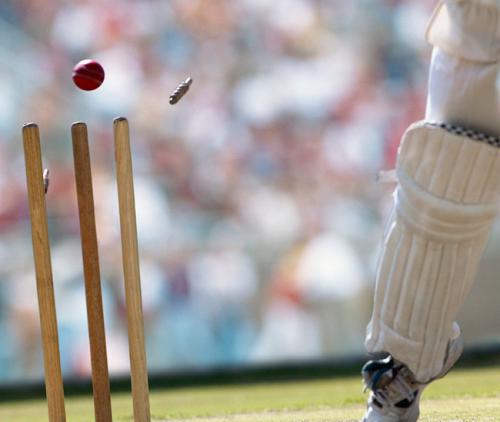 The Eagles got off to a shaky start, with opener Pieter Haasbroek being dismissed for zero runs after six balls with the team’s score on 1 run. Next man back in the pavilion was Hercules Strydom, with the score on 18. Fortunately for the Eagles, fellow opener Gert Cilliers and teammate Theo Janse van Rensburg brought some stability to the innings, scoring 30 and 24 runs respectively. But after the departure of Theo with the score on 65 and Gert with the score on 69, the only other Eagles player to put up some resistance was Edward Human with 15 runs. The whole Eagles team was back in the dressing room in 29.5 overs of their 50-over game, with the score on 102. For Louis Trichardt, Craig Viljoen and Gerhardus Fourie were in devastating form, respectively taking four and three wickets in 8.5 and 8 overs.

Louis Trichardt also got off to a shaky start, with the first three wickets tumbling for only 23 runs. Star batsmen Gerhardus Fourie and Dewald Joubert managed to save Louis Trichardt’s innings by respectively scoring 39 and 35 runs, with the score on 91 when they departed. Spyker Breytenbach (2), Wouter Smit (8 not out) and Stoffel du Toit took the score to 105 in 17.5 overs to secure Louis Trichardt a three-wicket win. For the Eagles, Pieter Haasbroek and Sybrand van Zyl had the most success with the ball, taking three and two wickets respectively.

This coming Sunday, Louis Trichardt will come up against Ages in Polokwane.