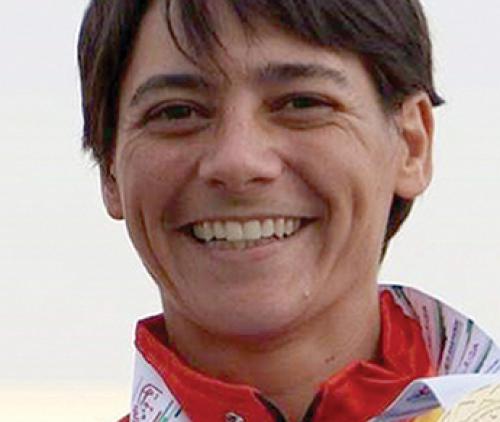 Louis Trichardt’s star para-athlete Sheryl James has been included in the South African team to represent the country during the upcoming World Para-Athletics Championships to be held in Dubai. Photo supplied.

Sheryl on her way to World Para-Athletics Champs

Local para-athlete Sheryl James continues to make the Soutpansberg proud by having been included in the squad of 35 athletes and officials who will fly the South African flag during this year’s World Para-Athletics Championships to be held in Dubai from 7 to 15 November.

This announcement was made by the South African Sports Confederation and Olympic Committee (SASCO) on Tuesday. “The team is a great blend of experienced athletes who have performed well at the highest level in different international para events,” said SASCOC in a press release.

The last World Championships were held in 2017 in London, where South Africa finished 10th on the medal table with 15 medals. “Ntando Mahlangu will be one of the dominant members of the team and other experienced athletes include Zanele Situ, Anruné Weyers, Charl Du Toit and Hilton Langenhoven,” said SASCOC.

The World Para-Athletics Championships are key for athletes in trying to obtain slots for next year’s Tokyo Paralympic Games. Any athlete achieving a Top-4 or better finish will qualify one slot.

“South Africa has always excelled at both the Paralympics and IPC Championships in the previous years,” said SASCOC president Mr Gideon Sam. He added that he was confident that the selected team was a strong team that would perform exceptionally and maintain our name on the international map. “And seeing this is an important event to qualify athletes to obtain slots for the Tokyo Paralympic Games, we can only wish our athletes the very best of luck at these important games,” concluded Sam.

Most recently, Sheryl was nominated as a finalist in the Gsport Awards for women that took place at the Wanderers Club in Johannesburg on 31 August. Sheryl was one of three finalists in the category for athlete of the year with disability. Her sprinting career only started last year in about September. She got involved in parasport and has done very well, with a couple of gold medals in Dubai and Sao Paulo running the 100m, 200m and 400m. Before that, she ran long distances and did the Comrades three times.