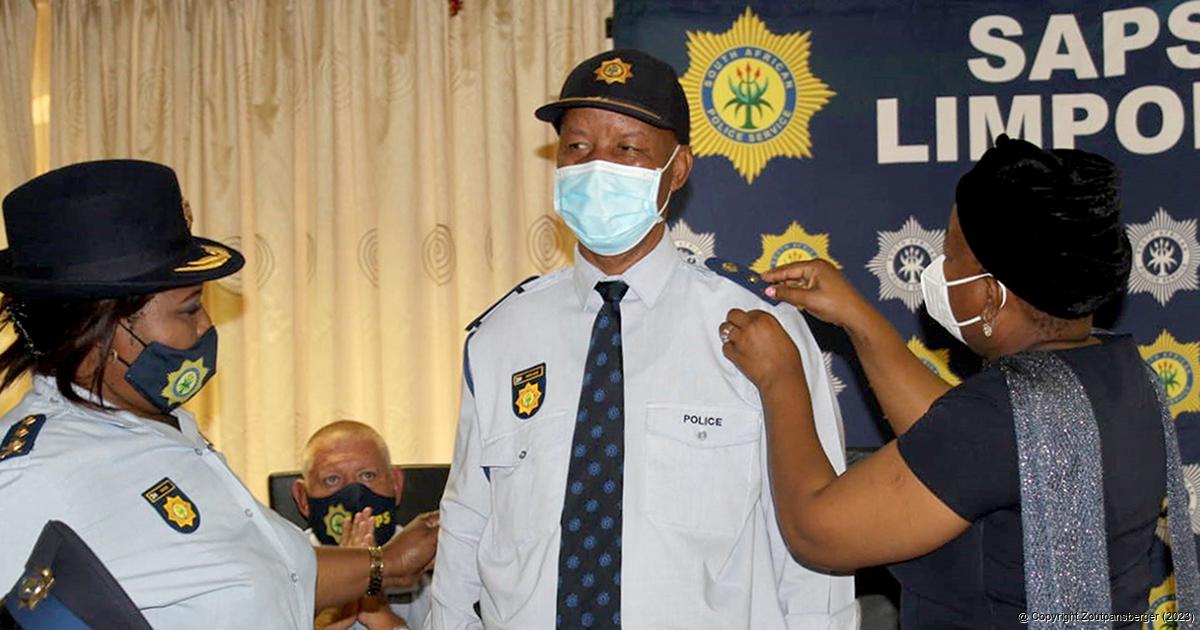 The police force in the Vhembe District has had a positive start to 2022 as higher ranks were bestowed on Major-general Eddie Van der Walt and Brigadier Leshoaneng Mantjane respectively.

Van der Walt has been promoted to Vhembe District Commissioner and Mantjane to Thohoyandou Station Commander.

The provincial police commissioner, Lieutenant-general Thembi Hadebe, did the honours of conferring the ranks on these officials at the provincial commissioner’s boardroom on 3 January. According to Hadebe, the appointment of these top cops came at a fairly “hectic” time - “a time when the province needs enthusiastic, passionate and optimistic leaders that can save the situation”. She used the word “hectic” because, according to the 2021/2022 second-quarter crime statistics of the SAPS, Thohoyandou currently stands as the crime capital of the Vhembe District. In one of the most recent shocking incidents in the area, seven family members from Malamulele were killed on 25 December 2021 by a man who is also believed to be a relative of theirs.

Hadebe said that these appointments were expected to bring sanity to the communities. “It is upon you to inject fresh and new energy into the working environment and come up with effective strategies to uproot the challenges of gender-based violence and femicide. Our province is in the spotlight with regards to these issues [high crime statistics] and we need to turn the tide and reclaim our position as the province of peace,” she said.

General Van der Walt has been in the police force since 1986. Over the years, he had worked at different police stations, including Potchefstroom, Makhado, Musina, Vuwani and Thohoyandou. He sailed through the ranks until he was finally appointed acting Vhembe District Commissioner in January last year (2021). Van der Walt is described as a dedicated career police officer and advocate of the Limpopo High Court. He holds a National Policing Diploma as well as BTech Policing and LLB degrees.

Brigadier Leshoaneng Mantjane joined the force in 1989 and, over the years, worked at Roedtan, Thabazimbi, Mokopane, Seshego and Mahwelereng police stations. While at Mokopane police station, Mantjane was awarded as the second-best station commander in Limpopo during the Provincial Prestige Awards in 2013. He also obtained his National Diploma in Policing.