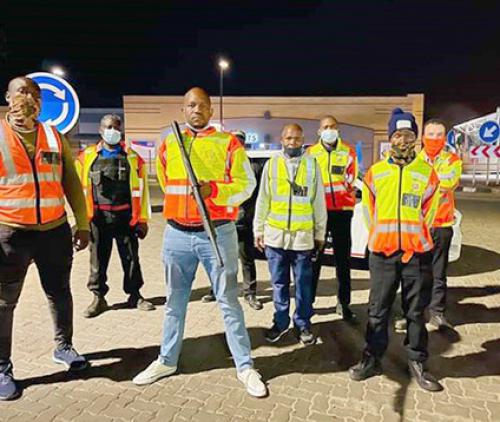 Musina's community made a pledge to guard Musina Mall against any form of lootings. Photo supplied.

Musina Mall’s management say they are humbled by the community’s support in protecting the centre from similar lootings as have been experienced in KwaZulu-Natal and Gauteng over the past week.

Earlier this week this newspaper reported on the violent riots and lootings that erupted after former President Jacob Zuma was jailed on Wednesday, 7 July. Masses of angry protesters and Zuma-supporters, demanding his release, had taken to the streets of KZN, causing massive destruction while looting businesses. Before long, Gauteng experienced the same fate, while other parts of the country feared they might be next.

“The community of Musina pledged their support in protecting the mall from any lootings, and the centre’s management is deeply grateful for their overwhelming assistance during this very uncertain time,” said Mr Lister Phahlamohlaka, marketing manager of the mall.

About thirty private security companies from in and around Musina, in cohort with the local police, have started patrolling the area around the mall day and night since Monday (12 June), to ensure that the centre remains intact.

These dedicated community members have pledged to stay there and guard the centre until the management team feel confident that the situation is under control and that it is safe for shoppers again.