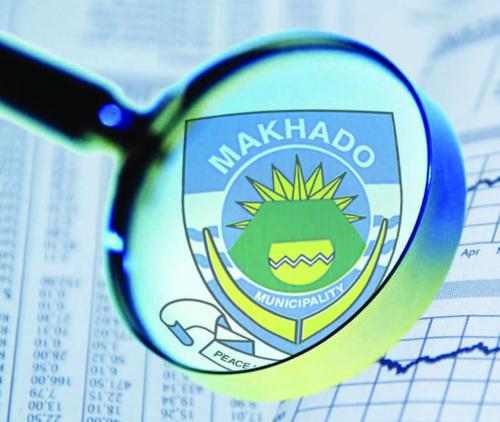 The Makhado Municipality still needs to recover more than R62,73 million of the R155 million unlawfully invested in the VBS Mutual Bank.

During a meeting of the select committee on Cooperative Governance, Human Settlements and Traditional Affairs, Water and Sanitation last week, municipal officials gave feedback on the financial situation of the municipality.  The committee, headed by Mr Thamsanqa Dodovu, visited Louis Trichardt last Thursday to interact with internal and external stakeholders. The committee also monitors the progress on the audit-outcome action plans developed by the district and local municipalities in respect of the 2017/18 municipal audits.

Mr Freddy Tshivhengwa, municipal manager of the Makhado Municipality, said R62 734 416,06 of the VBS investment still needed to be recovered. These investments were made in contravention of the requirements of the Municipal Finance Management Act.

Questions also arose as to what steps had been taken against the people responsible for the VBS investments. According to the Makhado Municipality’s feedback report, the provincial forensic report recommended that disciplinary action be taken against the former municipal manager (MM), the former chief financial officer (CFO) and two junior officials.

The former MM resigned on 11 June 2017, while the former CFO resigned on 31 August 2018. According to the municipal report, disciplinary action could not be taken against the senior officials since the two were no longer employees of the municipality.

Mr Dodovu suggested that cases be registered with the SAPS, rather than let the perpetrators off the hook.

The auditor-general in Limpopo also called on the Makhado Municipality to implement stringent daily and monthly controls over the recording, reconciling and reviewing of transactions and to provide training where a lack of skills exists.