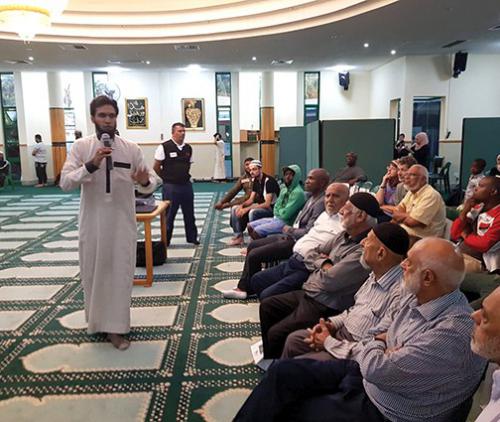 The Masjid-Al-Noor mosque in Eltivillas held an open day on 27 April and invited residents from all church denominations to visit the mosque to find out more about the Islam traditions and beliefs.

The gesture to have an open day at the mosque was seen by many as a wonderful initiative to ensure that international events do not mar the peaceful co-existence of different religions in the Soutpansberg region. The town, Louis Trichardt, has a unique legacy where religions such as Christianity, Islam and Hinduism have operated next to each other for over a century.

In March this year, shootings broke out in Christchurch, New Zealand, when an attack on two mosques left 51 people dead and 49 injured. A few weeks later, on Easter Sunday, suicide bombers killed at least 253 people and injured some 500 at churches and top-end hotels across Sri Lanka.

Unlike so many other towns and cities in the world, where religious intolerance is almost a norm, Louis Trichardt has a long legacy of relative harmony. The local religious leaders may disagree as to the various doctrines, but violence and aggression are rare occurrences.

The open day at the Masjid-AL-Noor mosque was well attended, albeit mostly by the local Muslim community. A number of members from the Christian churches attended the event and made use of the opportunity to ask questions. Right from the start it was made clear that the session is not meant to convert anyone or argue as to which religion is the true religion.

Mr Aboobaker Aslam opened the information session by explaining the various religious rituals, such as the prayer sessions and the significance of the lay-out of the mosque. He also answered questions, some of which are very controversial. Aslam responded to a question as to the role of women in Islam, saying that there was no discrimination on the basis of gender. He explained that various cultural influences found its way into the manner in which the religion was practiced. This caused different norms, determining for example where women sat when praying in the mosque.

One of the guests asked why there were no mosques in Vhembe’s rural areas. He said that the Christian churches had been active in the villages for decades, but one would hardly find anyone propagating Islam in these areas.

Mr Mahomed Khan, the liaison officer for the Islamic Propagation Centre International, was also present at the event. He answered that the Islam church representatives had been prohibited from reaching out to these communities for more than a century. Only with the dawn of a new democracy had these areas become more accessible to them.