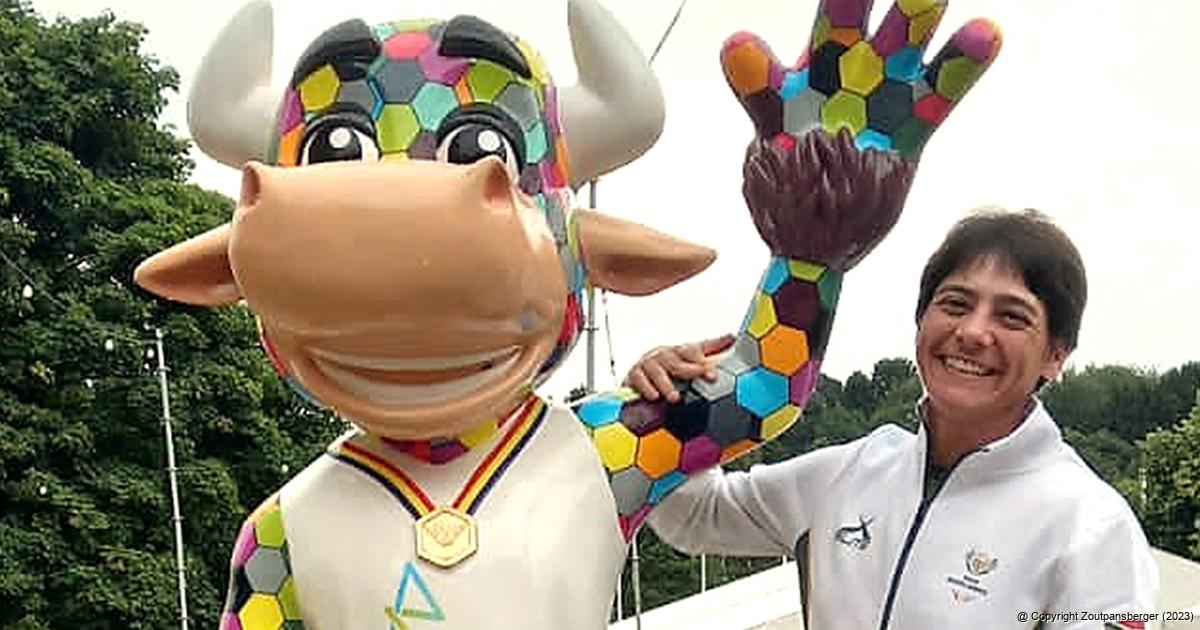 Paralympic bronze medallist Sheryl was selected as part of the approximately 190-member South African team to take part in the 2022 Commonwealth Games, and for the first time in history, the games incorporate both able-bodied and para-athletes at the same games. The announcement of the South African team took place at SASCOC House on 8 June this year.

Nine para-athletes were included in the team, although events were limited for these athletes. Therefore, Sheryl was only to take part in the 100m event, consisting of a mixed category for T38 and T37 athletes. The T38 class is the strongest classification, meaning it is for the athletes with the least muscle impairment. Sheryl is a T37 athlete and was one of only three T37 athletes to qualify and compete at the games with the T38 group.

Although Sheryl ended up missing out on a medal during the final of the 100m event for T38/37 athletes at the Alexander Stadium on Wednesday evening, just getting to the final was a remarkable achievement in itself. She qualified for the final after finishing fourth in the women’s heats. Sheryl dashed to the finish line in a splendid 13.53 seconds. Her time was a new personal best for her, as well as a season’s best. As the only T37 athlete to qualify for the final, her time of 13,53 second was also recorded as a Commonwealth Games record and African record in the women’s T37 division. The combined women’s T38/37 100m event was won by Olivia Breen from Wales in a time of 12.83 seconds. Sophie Hahn from England was second in 13.09 seconds, followed by Rhiannon Clarke from Australia in the third place in 13.13 second.

“The Commonwealth Games have been something else! It’s been an incredible blessing and great privilege to be here to represent South Africa and do the country proud. It has been an amazing experience competing in a stadium full of people. The vibe was truly something else! It has been all smiles and great fun generally in the South African camp … it has been a very, very inspiring experience,” Sheryl told the Zoutpansberger in a WhatsApp voice note shortly after the final.

Sheryl is joined by parents Chris and Sandy James. Sandy had high praise for the organisers of the event. “Birmingham has gone to huge, huge lengths to host this ... incredible organisation. Festivals all over the city, huge TV screens with live streaming in city squares and various places, live bands, thousands of volunteers who stand everywhere you can imagine in the streets to assist and guide people - amazing!” she said.

Although not adding to South Africa’s medal tally, which stood at six gold, five silver and six bronze medals at the time of our going to press on Wednesday, this did not mean Sheryl’s participation at the Commonwealth Games was over. “There is a special ceremony tomorrow [Thursday] for Sheryl because she got a Commonwealth record … we will keep you updated,” said mom Sandy.