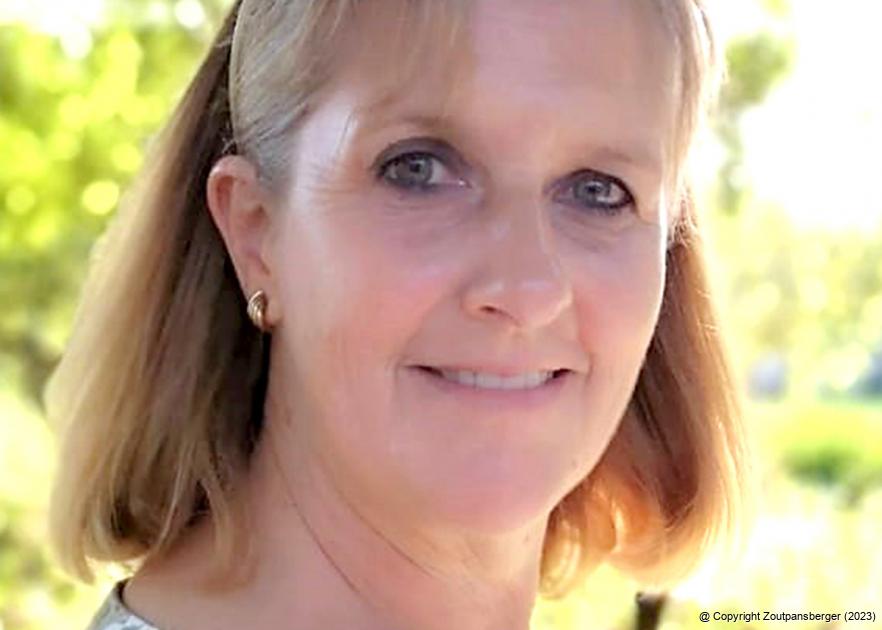 Nanda will be remembered for her caring and dedication

Family and friends said farewell with great sadness to much-loved Nanda Truter of Louis Trichardt who passed away on Wednesday, 22 June, after losing a 14-month battle with cancer. She was 56 years old.

Nanda was diagnosed with cancer on 20 April 2021, for which she received aggressive treatment, including radiation and chemotherapy. The treatment was unsuccessful, however, and she returned home about two weeks ago to spend her last days with her family. She died with her husband, Kevin, and all her children around her.

“Nanda accepted it and all the children accepted it. We could speak about it before the time,” said Kevin.

Kevin, Nanda and their children moved to Air Force Base Makhado in June 2014 after Kevin was appointed the base’s aviation safety officer. He himself is a decorated member of the South African Air Force, having served as a fighter pilot from 1981 to 1991.

Nanda’s parents came over from Holland and stayed opposite the Truters in Pretoria.

After school, Kevin joined the South African Air Force and the couple got married in the Waterkloof Officer’s Mess in 1987. “She was a home executive from the beginning. She wanted 15 kids, but we stopped at five,” Kevin remarks jokingly. The five children, eldest to youngest, are Brendan, Vicky, Chantelle, Keagan and Jennavieve.

Since the family moved to AFB Makhado, they quickly made friends. Nanda really enjoyed the base life and lived out her passion for nature and immense interest in birds. “We had the biggest ecosystem in our garden … We had more trees in our yard than everyone else ... So Nanda used to feed all the birds. They had water and we even had owl boxes,” said Kevin.

Nanda also had a great love of photography and used it to document her bird sightings. She also loved taking sunset photos. “We have hundreds of photos of sunsets she took,” said Kevin.

Nanda’s children remember her for the caring and dedicated mother she was. “She was our communications officer. She spoke to all the kids, whether they were in Johannesburg, Pretoria, Paarl, Stellenbosch … calling every morning to ask: ‘How are you doing?’ She was brilliant. She knew where everybody was,” said her children. They also fondly remember their mother for the Speculaas she loved making to treat the family. Speculaas is a traditional Dutch spiced shortcrust biscuit.

The family thanked all who contributed, in whatever way, to Nanda’s care and wellbeing during her sickness, especially all the medical personnel involved. They also thanked all those who supported them through messages of condolences after Nanda’s passing. They did not want to single out specific people.

A private memorial service for Nanda was held by her immediate family only. Her ashes will be strewn at a place of the family’s choosing at a later stage. She is survived by her husband Kevin, her five children (and spouses of those married) and one grandchild.