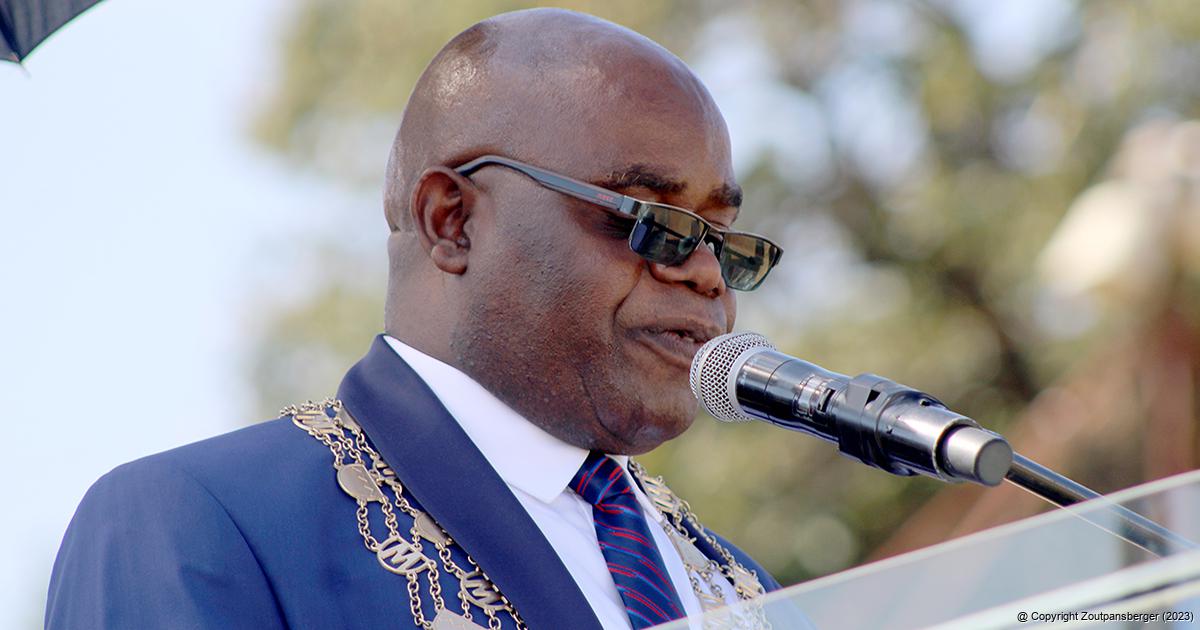 We’ll soon do away with our 'actors', promises Makhado mayor

The Makhado municipality will soon no longer be the playground of “actors”, the mayor of Makhado, Cllr Samuel Munyai, promised last week. During his budget speech, Munyai said that people had started joking that this was a place for “Hollywood actors” because of the number of senior officials serving in acting posts.

“We have just finished the process of interviewing [for] the positions of municipal manager and directors. We are therefore going to move in full swing,” Munyai said. The Makhado Municipality has come under pressure for its inability to fill important senior positions, with many believing that the in-fighting within the ANC caused a stalemate in the cadre-deployment process.

Friday’s meeting to present the municipality’s budget for 2022/23 did not start without some drama. Members of the Zoutpansberg Development Community Forum (ZCDF) embarked on a protest march and wanted to deliver a memorandum of grievances to the mayor but were stopped by the police.

The exact details of the budget were, however, not made available. Only selected information about the budget was contained in the mayor’s speech. When the municipality’s spokesperson, Louis Bobodi, was asked to make the approved budget available, he was unable to do so. He suggested that this document be officially requested from the municipal manager. The approved budget is supposed to be available to members of the public but is not at present. The only document available on the municipality’s website is an outdated draft version.

In his budget speech, Munyai said that the council had approved a 4,8% rise in property rates as well as charges for other services rendered by the municipality. The electricity rates are expected to rise by 7,47%.

A big portion of the operating budget will be spent on salaries. Munyai said that the salary bill would rise to R355,5 million, which represents 29% of the total operating budget. Council budgeted for a 4,9% overall salary increase.

One of the expense items that the auditor-general has flagged as a problem is the increasing use of contractors. Municipalities throughout the country commonly outsource a lot of the work previously done by its own staff but, at the same time, do not reduce their staff component. In Makhado’s case, this expense was around R87 million in 2018/19 but more than doubled to an estimated R207 million the past year. The budget for contracted services in the next year is set at R183,34 million.

As far as the operating budget is concerned, several projects have been prioritised. The biggest amount, R16 million, is set aside for the maintenance of roads in Louis Trichardt and the R293 townships. A further R15 million is budgeted for the grading and gravelling of roads in all wards.

Council has set aside R11 million to construct electricity feeder lines in Levubu, while R3,4 million is allocated for streetlights in Louis Trichardt, Waterval, Tshikota and Dzanani. R8,1 million will be used for bush clearing and the replacement of ageing infrastructure in Mara, Bandelierkop, Bluegumspoort and at the Tshihire, Levubu 1 and Levubu 2 feeder lines.

As far as the capital budget is concerned, the biggest portion (R213 million) will be spent on roads. Mayor Munyai highlighted several of these infrastructure projects, such as the Lutanandwa Bridge and access road, which will be constructed at an estimated cost of R33 million.

In the latest budget, the municipality provides R25 million to build a Kutama Sinthumule Sports facility. A further R12 million is budgeted to complete the Burger Street market-stall project. R8 million is allocated to construct an administration block at the testing grounds and, in total, R3,3 million will go towards fencing and refurbishing the Tshikota and Muwaweni community halls.

“The Louis Trichardt Extension 13 township will be finalised by the end of this month (June), which will culminate in the process of transferring the portion of land to the University of Venda for the development of the much-awaited campus,” said Munyai.

He also mentioned the development in Louis Trichardt Extension 9 (north of Stubbs Street), which is being done in conjunction with COGHSTA. He expressed the hope that the expansion of the town would ultimately lead to improved revenue collection. The municipality is also in the process of finalising the town establishments in Louis Trichardt Extension 13 and Tshikota Extension 2 and 3. “All these projects combined [will add] 2 800 stands,” he said.