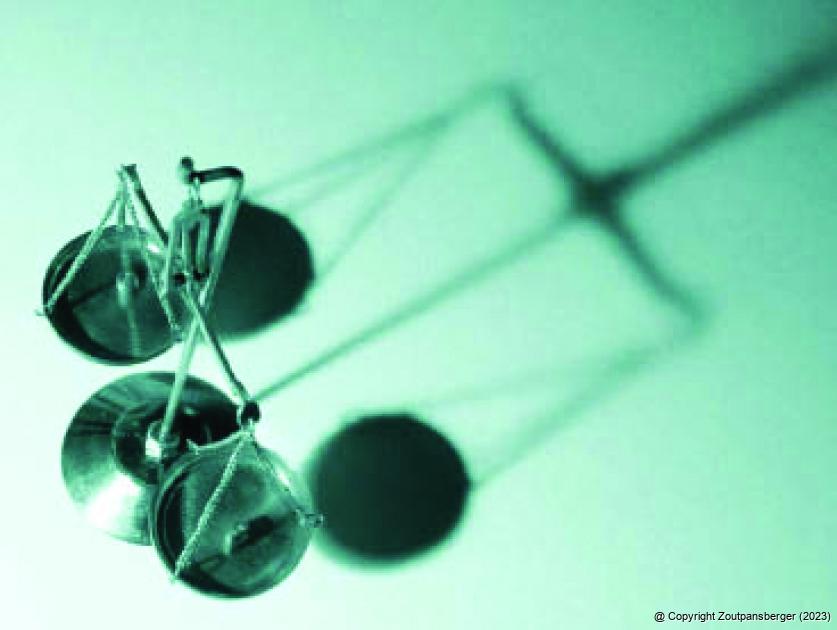 The Makhado Municipality’s efforts to avoid disclosing information about dodgy property transactions suffered a setback in the Limpopo High Court on Friday morning when their appeal against an earlier judgement was struck off the roll.

The municipality had appealed against a magistrate’s court ruling ordering it to disclose all documentation relating to the transactions.

The Makhado Magistrate’s Court made the ruling in September 2020 in the matter of Zoutnet CC vs the Makhado Municipality. Zoutnet CC is the publisher of the Limpopo Mirror and Zoutpansberger newspapers.

Magistrate Vanessa Grundlingh ordered the municipality to grant the publishing company access to records that had been requested in terms of a Promotion of Access to Information Act (PAIA) application.

The first PAIA application was sent to the municipality almost a year earlier, in October 2019. The documents requested relate to the sale of a public park in Louis Trichardt, Limpopo.

The park was divided into two sites, which were offered for sale by public tender. The tenders were, however, not awarded to the highest bidders. One section of the property was, in fact, sold to the lowest bidder. The other section was sold to a bidder who offered R450 000 less than the highest bidder.

The municipality would have been paid R850 000 more for the two erven, had it accepted the highest bids.

At the time, the municipality refused to make specific information about the transaction available to the media.

Requesting information to find out who the successful bidders were, took weeks. But even then, the correct names of the companies were not supplied. The municipality also refused to give any reasons as to why the highest bids had not been accepted.

PAIA (not) to the rescue

The initial PAIA application served on the municipality was completely ignored, despite the law stating that such applications must be responded to within 30 days. Because the lack of a response is construed as a refusal, an appeal was filed in December 2019. This appeal against the deemed refusal was also ignored by the municipality.

The case then made its way to the Louis Trichardt Magistrate’s Court, where the date for hearing was set as 12 April 2020. This was unopposed by the municipality and a default judgement was expected.

However, in April that year, the country went into hard lockdown and all cases were postponed.

When the matter was put on the roll again, the municipality suddenly woke up and decided to oppose the application in court. It argued, among other things, that the applicant had never provided reasons why the information was sought and that to adhere to such requests would be a waste of officials’ valuable time. The municipality further argued that the successful bidders should have been notified of the application and should have consented to the information’s being made available.

The municipality was ordered to make the information available within 15 days and pay costs.

The municipality still argued that the successful bidders should have been contacted for their consent. They also reckoned that the application to obtain the information was a waste of taxpayers’ money, because “(t)he applicants are looking for a ‘topical story’ for the sole purpose of boosting their newspaper sales, which is not the purpose of PAIA”.

The matter then dragged on for several more months, with the municipality’s legal representatives seemingly in no hurry to push for a hearing.

Even after the appointment of a new legal team, the matter dragged on for more than a year, with not much happening. After a lot of pressure was applied by the newspaper’s legal team, a High Court date for a hearing was set for 10 June 2022.

Let’s settle (but the secrets remain)

Just before the appeal hearing could commence on Friday morning, the advocate for Makhado Municipality, Adv Mukhethwa Nthambeleni, tried to negotiate a settlement. His client was willing to make parts of the requested documents available, but on condition that these remain confidential, and that details are not published. Zoutnet’s attorney, Dr Suwil Rudolph, respectfully declined this rather bizarre offer.

The case then hit another snag. When judges Frans Kgomo and Thogomelani Tshidada entered, they pointed out that the documentation was not in order. The responsibility resides with the party who brings the matter to court (in this case the municipality) to file, index and paginate the documents properly.

Judge Kgomo described this as a complete mess and chaotic. He and judge Tshidada criticised Adv Nthambeleni for the sloppiness and said that this was in contravention of the court rules. Because of this chaotic situation, the case was to be struck from the roll.

Adv Nthambeleni blamed the situation on the correspondent he used in Thohoyandou, PBN Mawila Attorneys.

The judges explained that the matter was now back to the stage where the magistrate’s court had made a ruling. This ruling is enforceable, and should the municipality still feel that it is not just, they must file a new appeal and restart the process. This time, however, judge Kgomo said the process could be fast-tracked.

The municipality was also ordered to pay costs on a party-to-party scale.

Enters a friend of the court

Because of the importance of the case, the South African National Editor’s Forum (SANEF) and Media Monitoring Africa (MMA) became involved and asked to be allowed as amicus curiae (friends of the court). In the founding affidavit, SANEF and MMA describe themselves as “non-profit organisations dedicated to ensuring that the rights to freedom of expression, access to information and a strong, independent press are realised in South Africa”.

In its submission, SANEF and the MMA stress the importance of transparency in government institutions. “(T)he appeal before this Court deals with a particular PAIA request made to a particular Municipality. But the result of this appeal has far wider significance. As the respondents have already stated in their heads of argument: the Human Rights Commission has published a report which found that municipalities fail to comply with PAIA more than any other sphere of government. The appellant is one of the non-compliant municipalities,” the affidavit reads.

Because the case was struck from the roll, SANEF and MMA’s application to be allowed as amicus curiae was not entertained.