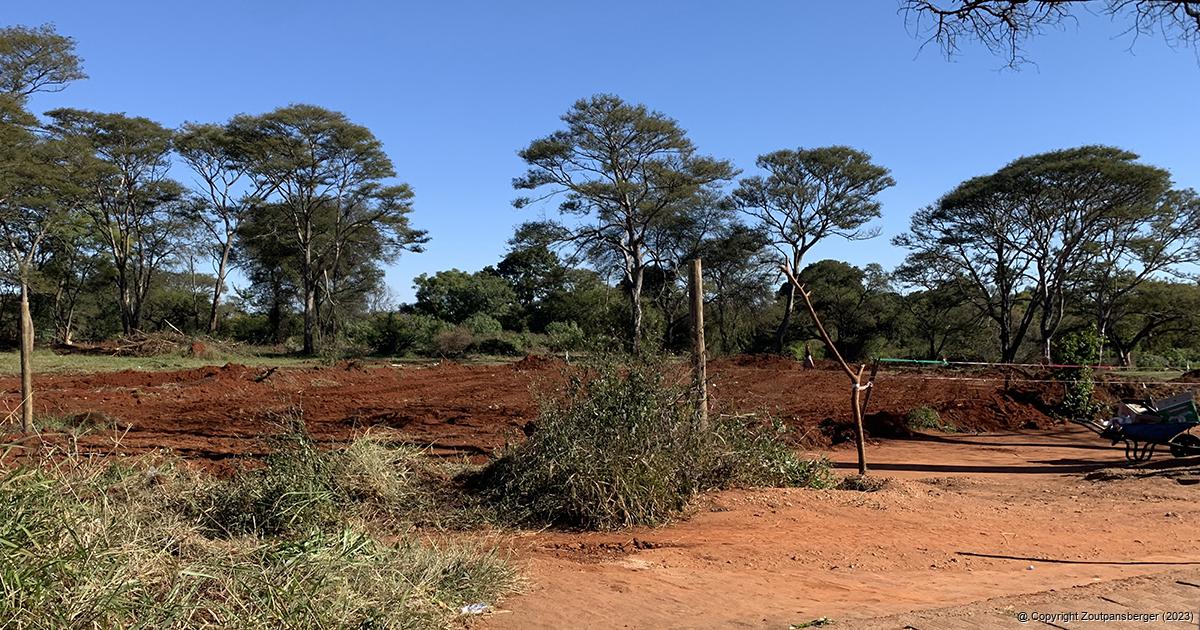 Contractors have started de-bushing a section of Erf 4296 at the Songozwi Street/N1-intersection the past week. Municipal spokesperson Mr Louis Bobodi confirmed on Tuesday that this is done for the building of a McDonald's drive-through on that corner.

Louis Trichardt is seeing several large-scale development projects at present, including that of establishing service infrastructure in Extension 9 north of Stubbs Street for further township development. The past week, heavy earth-work machinery was also spotted busy clearing bushes and trees on a portion of Erf 4296 along Songozwi Street, opposite the tourism information centre at the N1-junction. This led to residents’ taking to social media to speculate about what is happening.

Both developments are taking place in what many say is the town’s sensitive “green-belt” area. The large-scale de-bushing of the area north of Stubbs Street already has local environmentalist fuming, with the latest developments sure to enrage them even further.

Regarding the development in the area north of Stubbs Street, the Makhado Municipality remains resolute, stating that the township development had already been proclaimed and approved in 1984. This project is done in conjunction with the provincial department of Cooperative Governance, Human Settlements and Traditional Affairs (CoGHSTA) and will see the establishment of 179 new residential sites.

As for the de-bushing taking place on Erf 4296 at the Songozwi Street/N1-intersection, municipal spokesperson Mr Louis Bobodi confirmed on Tuesday that this was part of the earth works for the construction of a McDonald’s drive-through facility.

This is not a new project either as it was already approved (and advertised) under Item A.146.26.10.17 during the 84th council meeting of the Makhado Municipality on 26 October 2017.

According to council records, the application for the sale of a portion to be subdivided, in extent of 6 000m² of erf 4296, was done by private contract by a Mr T E Netshiongolwe, executive director of Viato Projects, for the purpose of establishing a business activity that will include a Macdonald’s restaurant.

Whether Mr Netshiongolwe is still the developer remains uncertain as the newspaper could find no other reference to the development since then. One of the conditions of approval of the application was, however, subject to the availability of at least 100kVA (kilovolt amps) of electricity, and at that stage, only 50kVA was available for new developments. Council’s decision to rescind the “moratorium” placed on developments needing more than 50kVA and the recent upgrade of Louis Trichardt’s main sub-station from 48 MVA (megavolt amps) to 66 MVA might have just been the spark that was needed to get development in Louis Trichardt started again. Development is also taking place on Erf 1, Eltivillas, opposite the N1. Over the next couple of weeks, the Zoutpansberger will try and find out what all these developments entail.