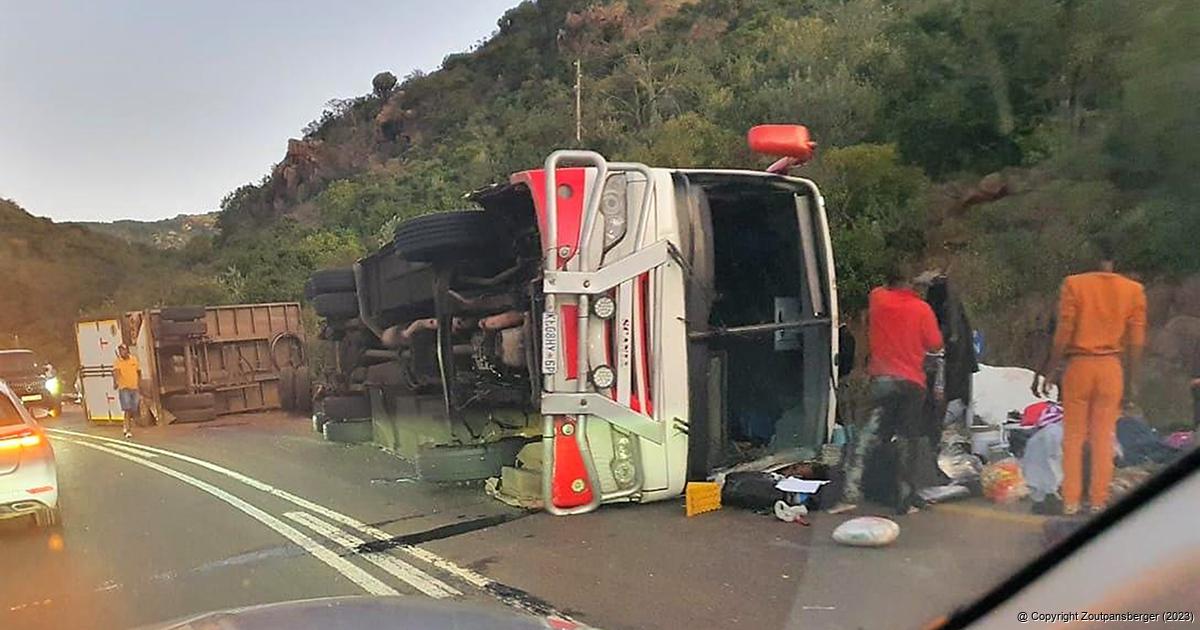 The scene of the accident on the N1 north in the Soutpansberg mountain pass on Wednesday afternoon which left five people dead. Photo: Department of Transport and Community Safety.

Five people were killed and 56 others left injured when a bus overturned on the N1 north in the Soutpansberg mountain pass outside Louis Trichardt on the afternoon of Wednesday, 1 June.

“It is alleged that the driver of a bus pulling a trailer heading north, lost control of his vehicle and it overturned,” reads a statement issued by the provincial Department of Transport and Community Safety.

The crash led to the closure of the road for several hours while emergency personnel were trying to rescue passengers trapped in the wreckage. “This is a third major accident that the province has recorded in less than 10 days. Last week, two separate accidents that claimed six lives each were reported on the N1 South and R529 respectively,” said the department. Several other major accidents also occurred during the same period elsewhere in the country, including the horror crash on the N3 between the Peter Brown and Chatterton off-ramps in Pietermaritzburg on Saturday (28 June) which claimed 16 lives. Reports indicate that two trucks, a bakkie, minibus and five other cars were involved in a collision resulting in a fully laden taxi bursting into flames.

Regarding Wednesday’s accident on the N1 north, Limpopo Transport and Community Safety MEC, Ms Mavhungu Lerule-Ramakhanya, said she is concerned about the carnage in the province, and she is urging motorists to take extra caution.

“It is concerning that in less than ten days, we had three major accidents with 17 fatalities. I want to urge motorists, especially public transport operators to drive with caution and reduce speed,” said Lerule-Ramakhanya.