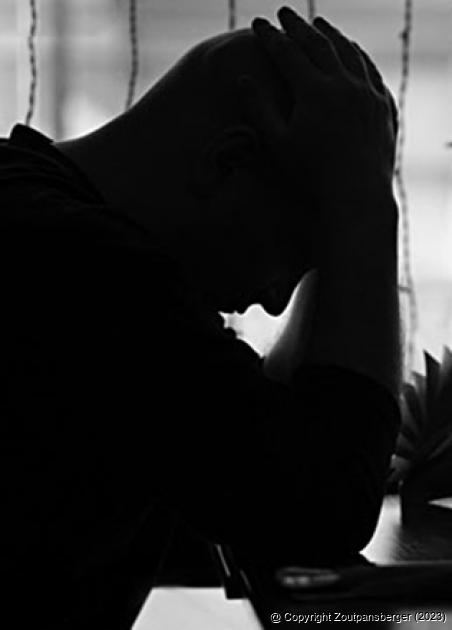 What can a person do to escape the clutches of an abusive partner? “Don’t suffer in silence, seek help. Talk to someone you can trust and remember that it is not your fault,” said Meissenheimer. Generic image.

Break the silence and report abuse

As South Africa once again enters the 16 Days of Activism for No Violence Against Women and Children, which started on 25 November and lasts until 10 December, the spotlight falls on domestic violence in society once again.

“Although the campaign mostly focuses on women and children, it must be noted that men can also be victims of domestic violence, and that they have the same right to protection as women and children,” said Ms Friede Meissenheimer, senior social worker at the Louis Trichardt SAVF (South African Women’s Federation).

According to Meissenheimer, domestic violence can take several different forms. Physical abuse, she said, is the most common form of domestic violence, and includes hitting, stabbing, choking, biting and kicking. “It can also include withholding access to resources necessary to maintain health, for example medical care, food and sleep,” said Meissenheimer.

Emotional abuse is another kind. “This form of abuse refers to the destruction of the victim’s sense of self-worth. It can include name-calling, constant criticism and humiliation, withholding affection or approval, obsessive jealousy and manipulating a victim’s feelings and emotions to induce guilt. This form of abuse is the most difficult to prove and can be very common in unhealthy relationships,” said Meissenheimer. Closely related to emotional abuse is psychological abuse. “This form of abuse is focused on instilling fear in a person. It may take the form of blackmail, destruction of pets or property, stalking, isolation from family and friends and forced imprisonment,” said Meissenheimer.

Unfortunately, various forms of sexual abuse also exist. “This can range from the obvious forms of abuse such as rape and sexual harassment, to lesser-known forms such as being forced to not use contraceptives and being exposed to sexually transmitted diseases,” said Meissenheimer.

What can a person do to escape the clutches of an abusive partner? “Don’t suffer in silence, seek help. Talk to someone you can trust and remember that it is not your fault,” said Meissenheimer.

In extreme cases, a person can lay a criminal charge against an abuser at their nearest police station, or apply for a protection order at their nearest magistrate’s court. To obtain a protection order, Meissenheimer explained that the first step would be to fill in a Form 2 Section 4(1) of the Domestic Violence Act. “An interim protection order will be granted, where the respondent is ordered not to commit certain acts. He or she will also be given a date where they must appear in court to establish whether the final order should be granted or not,” explained Meissenheimer.

A notice will be given to the respondent to show cause as to why a protection order should not be granted. “On the given date, both parties must appear before the court. Based on the evidence before them, the magistrate will then decide to confirm, amend or set aside the interim protection order. If the respondent breaches the conditions of the interim or final court order, a warrant for their arrest will be made and he or she will have to appear in court,” said Meissenheimer.

As for violence against children, any form of suspected child abuse or neglect can be reported to the closest social worker or the FCS (Family Violence, Child Protection and Sexual Offences) Unit of the police. Any person in the community is allowed to make a report regarding the children, and according to Section 110 of the Children’s Act, Act 38 of 2005, any medical professional, minister of religion, teacher, social worker, legal practitioner, correctional official, traditional health practitioner or traditional leader is obligated by law to report any suspected abuse. In terms of the Sexual Offences Act, any member of the public is legally obliged to report any suspicion of sexual abuse.

For help with issues of domestic violence and child protection matters, the following people can be contacted: