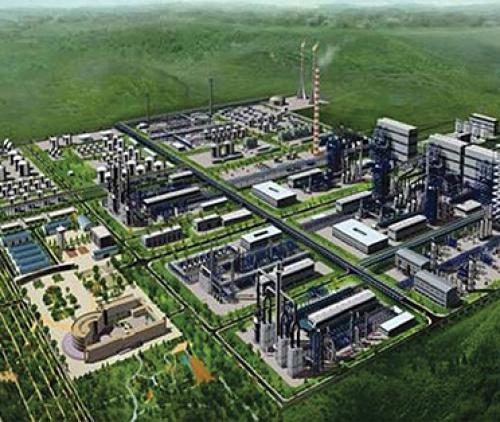 Environmentalists celebrated this week after the Chinese government confirmed that it has withdrawn its funding of the 3GW coal-fired power station for the proposed Musina-Makhado Special Economic Zone (MMSEZ). This follows an announcement by Chinese Premier Xi Jinping in September this year that the Chinese government was ending its funding of overseas coal projects. The promoters of the MMSEZ, however, said that they were unfazed by this development and had even welcomed the announcement.

The proposed MMSEZ just north of the Soutpansberg in the pristine Limpopo river basin has been met with severe criticism from environmentalist after first being announced by President Cyril Ramaphosa in 2018. South Africa’s main partner in the venture is China. Since then, a lot has happened, especially regarding climate change, with more and more pressure being put on countries to rethink their strategy regarding their carbon footprint.

China’s announcement that it will be cutting funding of all overseas coal projects came in the lead-up to the 2021 United Nations Climate Change Conference, more commonly referred to as COP26, held in Glasgow, Scotland, from 31 October to 13 November this year.

Working towards a cleaner future

During the same summit, South African President Cyril Ramaphosa also reconfirmed South-Africa’s commitment to addressing the issues of climate change and starting to limit the country’s carbon footprint. In addressing the United Nations Conference, Ramaphosa said that no doubt existed anymore that climate change presented a critical and urgent threat to humanity and that bold steps should be taken to start with accelerating decarbonisation of the country’s energy systems. To achieve this, Ramaphosa announced a R133 billion foreign finance package that will be used over the next three to five years to support South Africa’s transition to a low-carbon, climate-resilient future. Basically, this will be used to bring South Africa in line with the global target of shutting down most coal-fired power stations by 2050 or sooner. Currently, South Africa is the 12th biggest carbon-emissions contributor in the world. Even worse is the fact that, according to the Centre for Research on Energy and Clean Air, South Africa is the world’s biggest emitter of sulphur dioxide, which causes a host of breathing problems for people living close to coal-fired power stations. Eskom is also seen as the world’s biggest polluting power company.

“Obviously, SOLVE is overjoyed that the Chinese government withdrew its funding for the coal-fired power station, but we don’t see this as the end to the MMSEZ,” said Mr Johan Fourie, acting chairman of the Save Our Limpopo Valley (SOLVE) action group. He explained that simply too much political influence had been exerted and too many promises made to just see this project cancelled. “Gwede Mantashe [Minister of Mineral Resources] and his department have not given up on coal-fired power stations and already indicated that they want to build even more of these power stations. They can, however, expect severe opposition from environmental groups, and a court case regarding this is already pending,” said Fourie.

Fourie described the withdrawal of the funding for the power station as a mere temporary setback for the promoters of the project. For MC Mining, however, who stood to gain millions if not billions of rands from the sale of coal to the power station from their Makhado hard-coking coal project in the Nzhelele valley, this is a bigger setback. In this regard, Fourie said that what was important to note was that they were not only against the coal power station, but the MMSEZ project as a whole, including secondary activities related to it, such as MC Mining’s mining operations. “We are not anti-development, but we believe that any development should be sustainable, meaning that future generations will profit from it,” said Fourie. Regarding this, Fourie said the MMSEZ as a metallurgical and energy cluster of heavy industrial activities would not be environmentally friendly and would deplete the area’s already-scarce water resources. “Jobs and money mean nothing on a dead planet,” said Fourie.

If done correctly, SEZs could work

Prof Lisa Thompson, a political economist and public-sector transformation specialist based at the University of the Western Cape, agreed with Fourie that although the Chinese government had withdrawn its funding of the power station, she also did not think the project would be mothballed.

“A few weeks back, Mr Lehlogonolo Masoga, CEO of the MMSEZ SOC, stated on record that the Zone could rely on ‘other energy sources’. Nuclear was mentioned, and at the Investor Conference on 1 September, nuclear was also mentioned. My professional view is that this move is about ensuring there is no public outcry when the MMSEZ EIA is approved, which I am confident will occur before the end of this year. I could be very wrong on this one, and would be thrilled if I am. However, in my experience, the Chinese government and the South African government have put an enormous amount of effort into this initiative. It is highly unlikely that the whole plan for the Zone will simply be mothballed,” Thompson told the Zoutpansberger. The MMSEZ SOC is the company mandated to develop and operate the MMSEZ.

Seen against the backdrop of the recent Cop26 climate change conference, Thompson was also asked if other investors might follow suit and withdraw their funding of the project. “No, I don't think all the other investors will pull out. Recall that at the investor conference, there were South African companies lined up as well, including Anglo-American,” said Thompson, adding that investor confidence could be boosted if the project were marketed as a clean-energy zone. “The climate justice jury is out on nuclear, but it is generally considered by many countries, including the US and China, to be a far better option than coal,” said Thompson.

Regarding development programme such as the proposed MMSEZ in a country plagued by unemployment, Thompson concluded by saying: “I must add that this is a major win for those of us activists who have been on LEDA's [Limpopo Economic Development Agency] tail about the power-plant and water scarcity. However, from my standpoint as an action-based activist researcher, I cannot help sharing the frustrations of the communities we have worked with. LEDA, LEDET [Department of Economic Development, Environment and Tourism Limpopo] and the Presidency, together with Minister Barbara Creecy and Ebrahim Patel, should also step up to the line and make clear, definitive, environmentally friendly and sustainable decisions about the Zone. Not all SEZs are dirty-energy Zones, and some have been very successful in kickstarting development. With a radical overhaul, perhaps this Zone could be one of those too.”

Ms Makoma Lekalakala of Earthlife Africa also waded in on the most recent developments. “Xi Jinping’s announcements of both no longer funding coal projects overseas and setting up a biodiversity fund are positive news that China is no longer transferring its carbon to developments in other countries; they will now be able to [give] exact account for their emissions. It is hard to say whether China will withdraw [from the whole project] till they divulge a list of where they have made commitments and withdrawing from those projects. Although the Chinese state made the announcement, it is possible that Chinese or other development finance institutions, or Chinese private funding institutions, will continue to fund the MMSEZ,” said Lekalakala.

Lekalakala also said she did not think the announcement would make any difference in the promoters of the project’s pushing ahead. “It may, but again not certain. The MMSEZ SOC seems very intent on continuing, and CEO Lehlogonolo has stated that the Chinese announcement will not stop the project from going ahead,” she said.

The last word in the debate on what impact the Chinese government’s withdrawal of funding for the coal-fired power station will have on the MMSEZ project went to MMSEZ SOC. Questions regarding this was sent to CEO Masoga. The company replied by means of their spokesperson, Mr Shavana Mushwana. “The Chinese development will not have any impact on the development of the MMSEZ power project. The development of the power station will still go on, making use of green energy and technology supported by the Chinese,” said Mushwana. He continued by stating that the decision by the Chinese had been a blessing in disguise because it has escalated the plans of the MMSEZ to transition from a fossil-fuel energy generator into a renewable-energy generator. “There are various sources of energy generation that will be considered to provide uninterrupted and cheaper energy to support the MMSEZ metallurgical complex and ensure security of supply. Upon conclusion of the investment agreement with our Chinese partners, a public announcement will be made thereafter,” said Mushwana.