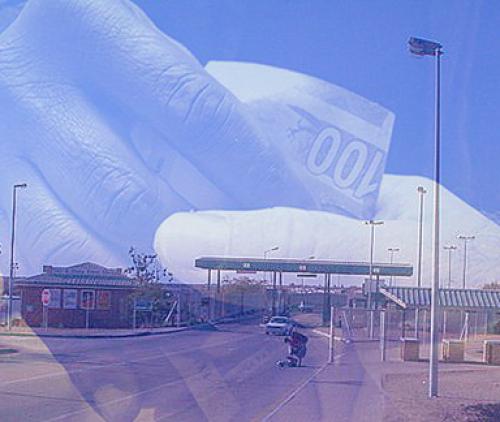 The Democratic Alliance’s shadow minister of defence, Kobus Marais (MP), has said that he would be asking the Minister of Defence, Thandi Modise, to probe allegations of large-scale bribing of South African National Defence Force (SANDF) members along the Zimbabwean border. This follows a Carte Blanche exposé on Sunday that showed SANDF soldiers seemingly accepting bribes from persons wishing to leave or enter the country illegally, as well as smuggling goods across the border.

“This brazen corruption by the very people tasked with maintaining law and order at our borders is indicative of a much larger problem of a lack of executive oversight and the general rot that has seeped into the Department of Defence and the SANDF. The situation also further fuels the public’s mistrust in the army and animosity between South Africans and immigrants who enter the country legally,” said Marais in a media statement.

Also interviewed in the exposé is SANDF national spokesperson Brigadier-General Mafi Mgobozi. He tried to downplay the seriousness of the problem at first, referring to members accepting bribes as a few “rotten apples”. He later expressed his shock, however, after being shown hidden camera footage of SANDF members involving themselves in bribery.

On Tuesday, the SANDF’s office of corporate communications issued a statement strongly condemning the actions of these soldiers. “The SANDF strongly condemns criminal activities and acts of corruption where our military force is executing its constitutionally mandated duties. Members of the SANDF are expected to conduct themselves with the necessary decorum and discipline at all times,” reads the statement. It goes on to state that the Chief of the SANDF, General Rudzani Maphwanya, and members of the Military Command Council would like to remind all members of the SANDF that no act of ill-discipline or criminality will be tolerated or go unpunished in the military, regardless of rank or position.

“It is therefore imperative that Minister Modise launches an independent investigation that will guarantee that the officers implicated are held accountable for their unlawful behaviour, as well as for abandoning and disobeying their constitutional roles, obligations and mandate. The investigation should also seek to find solutions that will ensure that this type of illegal activity is not repeated,” said Marais.

Whether anything will come of the Chief of the SANDF and Military Command Council’s threat of action against ill-disciplined and corrupt members remains to be seen. It would also seem that the problem of SANDF members accepting bribes is more prevalent than just a “few rotten apples”. This was evident the past year, with no fewer than 11 SANDF soldiers stationed and previously stationed at the along the Zimbabwean border being arrested for bribery and corruption.

On 18 June this year, police arrested two members of the SANDF, together with an undocumented Zimbabwean man, for allegedly transporting illegal cigarettes in an official army vehicle. The soldiers were in uniform, while the civilian was wearing an army jacket. The arrest took place on the N1 just north of Musina. Shortly after that, a total of nine soldiers were arrested by the Hawks (Directorate for Priority Crime Investigation) across the country for their alleged involvement in aiding and abetting a cross-border vehicle-smuggling syndicate while stationed at the Beitbridge Border Post between 2017 and 2019. The SANDF members would allegedly demand R15 000 in bribe money per vehicle, which would be shared among themselves. On Tuesday, provincial Hawks spokesperson Captain Matimba Maluleke confirmed that the nine accused’s next court appearance in Musina will be on 13 December this year. They were all granted R3 000 bail.