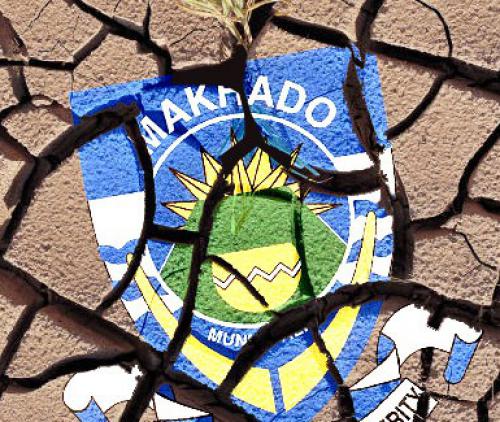 Better is still a far way from good

Earlier this month, the Makhado Municipality was awarded a certificate and a trophy by the SA Local Government Association (SALGA) for achieving an unqualified audit opinion during the 2019/20 financial year. The award came as a bit of a surprise to many residents who felt that all is not that well in the local municipality. The unqualified opinion is an improvement on previous years when Makhado varied between an adverse opinion and a qualified opinion. The latest report, however, also highlights many of the problems the municipality battles with.

The newspaper obtained a copy of the report to find out exactly what the Auditor-General (AG) had to say about Makhado’s finances. We also looked at what an unqualified opinion means.

Unqualified is … slightly above average

The AG, according to its website, actually expresses five opinions on the financial state of institutions such as municipalities. At the top end is a Clean Audit Outcome, which means all is fine and taxpayers can trust the municipality with their hard-earned money. In Limpopo, only the Capricorn District Municipality could get close to this, with an unqualified opinion with no matter of emphasis.

At the bottom of the scale is a Disclaimer of Audit Opinion, which means that the record-keeping was so poor that the AG did not even want to express an opinion. The Vhembe District Municipality received such a disclaimer up to 2017/18.

Slightly better than a disclaimer of opinion is an Adverse Audit Opinion. In this case, the AG was provided with paperwork, but it contained lots of errors. These misstatements also represent a substantial portion of the financial statements. Makhado received such an opinion in 2016/17.

Up to the 2019/20 financial year, the “most popular” opinion among Limpopo municipalities was the Qualified Audit Opinion. In the 2018/19 financial year, 18 out of the 27 municipalities fell in this category, which improved to only 10 in 2019/20. The Vhembe District Municipality received such a report, indicating that not enough evidence existed that expenses were incurred or income collected.

The “almost there” category is the Financially Qualified Audit Opinion. This means that the financial statements contain no material misstatements, but problems have been raised. These issues can mean non-compliance with legislation or that findings had been raised concerning predetermined objectives. In the 2019/20 year, four of Vhembe’s municipalities fell in this category.

But there are problems…

The first issue that concerns the AG in the latest available report for Makhado is the irrecoverable debtors. This figure has gone to R61,16 million from the R46,86 million the year before. This represents money, such as rates and taxes budgeted for, that the AG reckons cannot be collected.

The AG once again points out that the municipality suffers huge losses with the selling of electricity. In 2018/19, this loss was R39,97 million, but thankfully came down to “only” R26,93 million. This represents 10% of the total electricity purchased.

The AG also checked whether the Makhado Municipality had achieved the objects it had set out at the beginning of the period. The number of indigent households provided with free electricity was found not to be 7 560 as reported, but only 6 720. The fencing of cemeteries at Gogobole, Phadzima, Vleifontein and Tshivhase had not progressed as planned.

From the AG’s report it transpires that numerous errors were made when compiling the reports. When these were pointed out, the reports were corrected with supporting records.

The AG was also not overly impressed with the way the municipality managed its expenditure. “Reasonable steps were not taken to prevent irregular expenditure amounting to R6 333 963 … The majority of the irregular was caused by non-compliance with applicable laws and regulations relating to bid and evaluation committees not properly constituted,” the report reads.

The misuse of fuel cards by officials received a special mention by the AG. This fruitless and wasteful expenditure cost the taxpayers R232 213. The AG also felt that very little consequence management existed as “appropriate action was not taken against officials of the municipality where investigations proved financial misconduct”.

It’s the fault of management

The AG criticised the municipality for getting rid of capital assets without having considered a fair market value of the assets and the economic and community value to be received in exchange for the assets.

The report mentions “significant internal control deficiencies” in the municipality. “Management did not exercise its oversight responsibility regarding financial and performance reporting and compliance and related internal controls,” the report reads.

According to the AG reports, the Makhado Municipality’s management did not implement controls over daily and monthly processing and reconciling of transactions. The AG ascribed some of the problems to capacity constraints in the municipality, which resulted in insufficient reviews performed.

“Non-compliance with legislation could have been prevented had compliance been properly reviewed and monitored. The municipality did not take reasonable steps to prevent irregular and unauthorised expenditure and fruitless and wasteful expenditure,” the report states.

In her summary on the state of municipalities, AG Tsakani Maluleke was clearly dissatisfied with the progress shown by municipalities:

“Audit results under the outgoing administration have demonstrated little sign of improvement and we have observed the deteriorating state of local government. When it took over, the administration inherited 33 clean audits. Unfortunately, it has now regressed to only 27 clean audits. We therefore call on leadership to embrace their responsibility to drive change if we are to make a difference,” says Maluleke.

As far as Limpopo is concerned, the picture looks slightly better, “The province recorded an improvement in audit outcomes, mainly driven by consultants. However, this improvement is not supported by an equal improvement in the key control environment at the municipalities and might therefore not be sustainable,” the AG says.

She ends up by appealing to the leadership to start acting responsibly. “We reiterate our message that ‘ethical and accountable leadership should drive the required change’, and we call on the incoming leadership to take this message to heart if they aim to realise improved outcomes.”