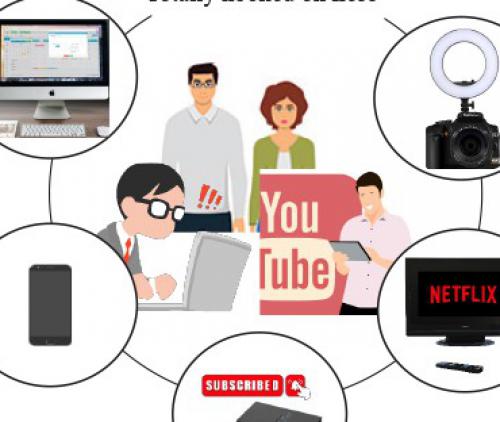 A fibre connection has many advantages, but does a consumer really need to go for the top-of-the-range option?

Fibre is here – but how much do I need?

The past year saw a flurry of activities from Internet service providers, with a number of them digging trenches and installing a fibre network in Louis Trichardt. Three of the companies have activated their fibre networks and are offering packages to mostly home users. This, of course, means that consumers now have a choice, but making a decision may not be that easy.

A fibre connection has many advantages, but it also brings along new terminology and consumers are expected to understand the difference between a 10Mbps and a 100Mbps connection, with aspects such as “latency”, “ping rate” and upload and download speed suddenly being important. But does a consumer really need to go for the top-of-the-range option?

To try and assist with the choices, we “simplified” the matter. We set three home scenarios, starting with a small family and ending with a household that functions as a small office. We then asked an IT expert as well as the service providers what they would recommend for each of these households.

The packages currently on offer vary between a 20/20Mbps line for around R400 to a 100/100Mbps (100Mbps upload and 100Mbps download) line for almost R1 000 per month. Certain providers charge extra for installation and a router, whereas others provide this free of charge. All the packages offer unlimited Internet usage, meaning the packages are not capped based on the volume of data uploaded or downloaded. (Unlimited is not, however, completely “unlimited”, as the service providers have what is called “fair-usage policies” that allow them to throttle or prioritise Internet traffic.)

The first scenario is a small family of four people. The children are still young, and mom and dad use their cellphones to access the Internet, mostly to communicate on social-media sites. They have a Netflix account, and the children enjoy streaming the cartoon channel.

Petrus Meiring, an IT specialist living in the United Kingdom, reckons that one of the most common mistakes that people make is to think that they need a high-capacity line. Meiring knows the Soutpansberg area very well, having grown up here. For the past decade, he has been living in the UK where he assists businesses and individuals as an IT consultant.

He starts off by warning that speed is not the overriding factor when deciding on what option to take. “Latency or ping is what you look at and is perhaps 10 times more important,” he says. (More about that later).

Meiring explains that a “heavy device”, such as a television set connected to the Internet, uses roughly 5Mbps. “If only one or two semi-heavy devices are used, 10Mbps will be just fine. If more than two heavy devices will be used, get a 20Mbps line,” he advises.

Pietman Otto, owner/manager of Letaba Wireless, agrees and says that even with multiple users, a 20Mbps line would be totally adequate. The same response was received from Vuma, another of the service providers. “With the 20Mbps speed, families will have access to uncapped and affordable high-speed Internet,” says Bongiwe Nzuza of Tribeca, the PR company that Vuma uses.

In our second scenario, the children have grown up and are using the Internet a lot more. The teenage boy is a serious gamer, and he does not want any lag. His sister spends weekends binge watching the top Netflix series, while mom and dad watch the odd movie and enjoy Skyping with the grandparents.

Letaba Wireless’s Pietman Otto reckons a 30 to 50Mbps connection would be better than a 20Mbps connection in the above scenario, “although you will very seldom use more than 20 to 30Mbps, let alone the full 50Mbps capacity”.

“In my honest opinion I do not see most residential subscribers needing more than a 50Mbps connection. There are the exceptions, like gamers needing daily gaming updates (which are often large amounts of data) and customers uploading content to YouTube and TikTok that would benefit from a fast(er) connection. That is not to say that neither of those scenarios cannot work with a 50Mbps connection,” he explains.

Meiring is even more conservative, saying that for most scenarios a 10/10Mbps connection will be fine. “It will definitely be fine if it is a 20/10 Mbps connection. Thus, it is obvious that more than 20Mbps is an overkill,” he says.

Vuma recommends a 50Mbps connection, to be on the safe side. “It allows family members to binge watch their favourite shows, stream movies, and access the Internet simultaneously without having to worry about buffering and lost connections,” says Nzuza.

The third scenario has the girl now being a full-time student doing online classes. Her brother has migrated and, apart from playing online games, he is also a “vlogger” (video blogger), regularly uploading videos to platforms such as YouTube and TikTok. As a result of the pandemic, mom and dad are working from home, making use of Zoom or Microsoft Teams to attend meetings. They also send and receive all documentation, which can often be quite big.

Vuma recommends a 100/100Mbps connection for these “heavy hitters”. “They can access HD-quality video chats with educators and tutors, download files of any size in a matter of seconds, and enjoy non-stop educational video streaming,” says Nzuza.

Otto reckons even such a family does not necessarily need the top-of-the-range package. He provides an example of an overnight accommodation facility with a 100Mbps connection. In spite of a number of visitors linking in, the connection seldom averages more than 35Mbps. His second example is a school with a 200Mbps connection. “It is a private school with most teachers residing on campus and about 250+ boarders. Even with all those users constantly active, the connection occasionally breaches 100Mbps,” says Otto.

Meiring agrees that even bigger families who use the Internet extensively may not need the more expensive and “faster” lines. He explains that numerous other factors affect the speed that connects users to the Internet.

Speed is the sum of many factors

Meiring says that probably most cases when people complain about slow speeds, the problem lies within the local network of the user. “Ensure that all devices use healthy network cables,” he says. This means that good-quality cables (not wireless connections) must be used to connect television sets and personal computers, should speed be of the essence.

The quality of the equipment used is also important. The router provided by the service provider may be sufficient but will not be comparable to a top-end router that costs 10 times more.

“Any wireless connection will break your latency,” explains Meiring. Latency is the delay between a user's action and a web application's response to that action. In networking terms, this is often referred to as the total round-trip time that a data packet takes to travel.

Probably the most important decision to make, however, concerns the service provider.

Residents in Louis Trichardt currently have a choice between three companies, with some others soon to follow. Meiring says that even though a fibre connection is a huge improvement on, for example a DSL connection, residents must do their homework before signing contracts.