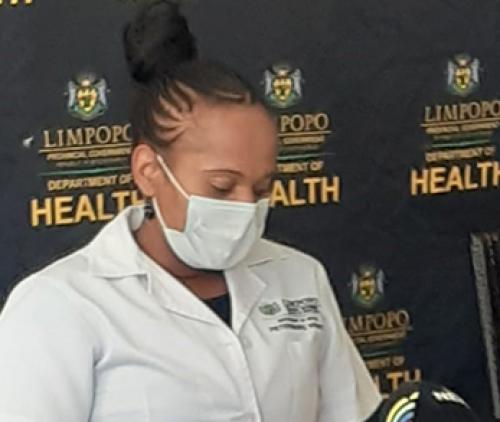 The Limpopo MEC for Health, Dr Phophi Ramathuba, re-opened the general wards for all patients at the Louis Trichardt Memorial Hospital during her visit to the hospital on 27 July.

The coronavirus’s deadly third wave caused a spike in the number of Covid-19 patients in need of critical care in the Makhado municipal area and the Department of Health made the decision to transfer all other medical and surgical cases (non-Covid-related) from the 36-bed general wards to nearby health facilities, such as Elim and Siloam Hospital. This was done not only to make room for the growing number of new Covid patients, but also to protect the other patients from contracting the virus. The hospital was thus converted to deal with Covid-19 patients exclusively.

The situation at Louis Trichardt Memorial Hospital was so dire that it ran out of beds to accommodate the increasing number of critical patients, who arrived in groups. According to the MEC, some patients were self-referred from other nearby hospitals. Even its casualty wards were filled to the brim, trying to fit everyone in. A number of patients were even attended to in a tent, erected in an open area outside on the hospital grounds.

In the most recent press release, Ramathuba announced that the general wards at the Memorial Hospital had been re-opened for general patients. This follows after a follow-up meeting with facility and district-management teams was held to assess the utilisation rate of those wards occupied by Covid-19 patients.

Ramathuba said that the Louis Trichardt Memorial hospital was a 40-bed facility with 15 additional beds, catering for maternity and paediatrics. “During our rounds through the wards, we found that there were only three Covid-19 patients left, who are all stable and can be catered for in our isolation unit. That is why we agreed to re-open the wards. This is positive news and indicates to us that we probably might be moving towards the end of this third wave. We want to send our appreciation out to the Makhado Municipality for their understanding and for working with us to ensure that behavioural changes play a role in reducing new infections,” she said.

“We want to warn the public now that the regulations have been relaxed, not to let their guard down and start drinking recklessly, resulting in drunken driving and accidents, drunken fighting or other traumatic incidents that would only put more strain on the already overburdened healthcare system,” she said.