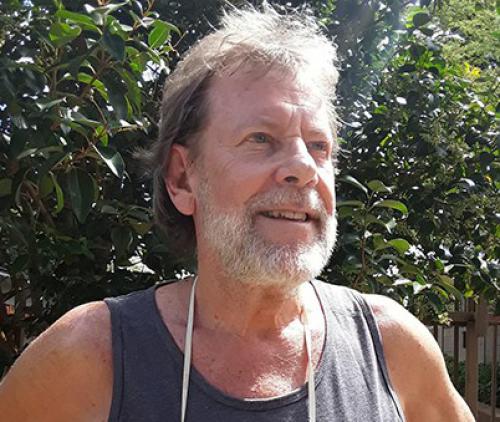 Wally’s legacy will live on through his actions

The news that well-known local environmental activist Wally Schultz had passed away at the Zoutpansberg Private Hospital on the evening of 2 July was a shock – not only for his family and friends but for the whole community.

“It is quite astounding - the outpouring of grief,” says Tiffany, Wally’s daughter. “It was very sudden and out of the blue. His doctors believed he had a second major stroke and didn’t survive,” adds Tiffany.

Readers will remember that Wally had a massive stroke on 30 October 2020. He was determined to get better and even said so himself when sending voice notes to friends by saying: “I’m getting better and stronger every day.”

“Whilst my sisters and I, and everyone who loved him, are still reeling from this devastating news, I can’t stop thinking about his incredible resilience in the face of his difficulties after his stroke. I had a second chance at getting to know my dad, having him a part of my daily life again, and he never ceased to astound me with his positive attitude and determination. I was convinced that he would recover. I believed he could do it. Nothing could stop my dad when he set his mind to it. But his body couldn’t keep up,” says a sad Tiffany.

As environmental activist, Wally’s legacy will live on through SOLVE (Save Our Limpopo Valley Environment). “He will never let his memory die. He brought so many people together and rallied them to the cause that burned in his heart. Let his warrior spirit inspire you always never to give up,” pleads Tiffany.

Together with co-finder Johan Fourie, SOLVE started in 2006/2007. “Never in our wildest dreams did we think SOLVE will grow as big and play such an important role in protecting the Limpopo valley from unsustainable development,” writes Johan on the SOLVE Facebook page.

“Seeing my good friend Wally in action at a meeting was indeed a sight to behold - so passionate, making sure he gets his point across and breaking all meeting rules to do it, non-stop talking! He was indeed an eco-warrior or environmental warrior who refused to back off for anyone or anybody that supported coal mining or the MMSEZ! Despite his stroke last year, he still carried on with the fight and went to great lengths to improve his verbal and writing skills, so that he could make a meaningful contribution once again. The passionate way in how he fought to overcome his disabilities inspired us all to fight even harder to achieve our cause. He was improving such a lot that he started to attend meetings again, to stay active on Facebook and post comments and stories. We all were full of hope that Wally will be back in the saddle and leading the fight by the end of this year,” Johan continues.  “Wally Schultz, I salute you … not only for being such a good friend but also for your selfless devotion to our cause, for all your hard work, passion and love that you put into this group. One day the baobab trees, the mopane trees, the wildlife and eco-system of the Limpopo valley will stand up and applaud you, thanking you that they are still around!” says Johan.

Walter Martin Schultz was born on 26 April 1955 – one of four children - to his pioneer parents, Sydney and Judy Schultz. Sydney was well known for starting S&S Retreaders in Louis Trichardt. Prior to that, he owned Mountain View, where Mount Fuji is today.

“Wally first attended Soutpansberg Primary School, and then went to boarding school in the then Pietersburg – first at PEMPS and then matriculated at Capricorn High. He studied law at Wits, but did not complete his studies,” says his sister Debbie Jolly.

Wally achieved many things in his life. He published sport magazines such as Golf News and Sports History while he lived in Johannesburg. “These were in the days of hand-printed magazines. Lots of love and passion went into making them,” daughter Tiffany remembers. This opened up more opportunities for Wally as he was asked by almost all the main sports bodies to produce their tournament brochures. Wally even attempted boxing as a sport!

His heart always longed for the Soutpansberg, the farm and his favourite baobabs. Back in Louis Trichardt, at around 2007, Wally started to focus on a local newspaper, Soutpansberg Life, of which a few editions saw the light.

“Wally Schultz, you had too much vibrant life in you for old age and disability. I don’t think your brain could endure all that keen intelligence and eloquence locked away behind the wall of aphasia,” says Tiffany.

They want to thank so many people. Too many to mention. “He was so grateful to his incredible friends, Corné Smith, Johan Fourie, Makoma Lekalakala, David Tshidzumba, Liz Pattison, to name just a few, for being there for him after his stroke. His sister Delene Schultz Wingrove, whom he adored. Moreen Ratsikuand, her mom, Silvia, who looked after him and got him strong again with her amazing cooking. Amazement his therapist and Ilanie Visser Lee, who is the kindest person I know. Getting to know you all has also enriched my life and I am also grateful to you all,” says Tiffany.

Wally will be cremated, and a memorial service will be held on Saturday afternoon at Mountain Inn, which he loved. Due to the lockdown restrictions, attendance will be limited to 50 people – by invitation only.