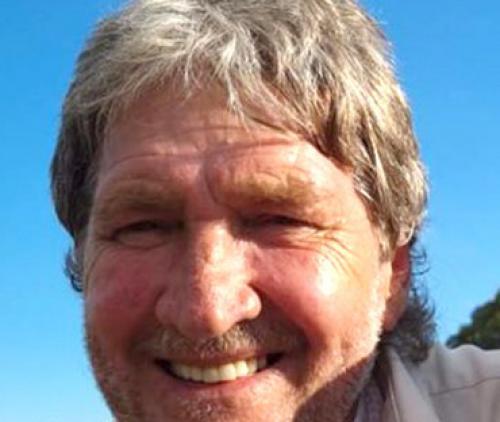 The legendary Paul Ferreira (64) who passed away on 22 June. Photo supplied.

Paul Ferreira will be remembered as a hunting legend

The Soutpansberg bade farewell to a true hunting legend with the death of 64-year-old Paul Ferreira on 22 June. His legendary life will be celebrated via an online memorial service for family and friends this coming Saturday.

Paul Ferreira was born in Salisbury (Harare) in the then Rhodesia (Zimbabwe) in 1956. He was the second child of Boet and Joey Ferreira after their firstborn, a daughter Lettie. Soon the family grew, and Paul was blessed with a younger brother, Nico.

The Ferreiras were tobacco farmers on Umvukwes Oog Farm, near Nyabira, north of present-day Harare. In 1962, the Ferreira family of five packed up and moved to Kasungu, Nyasaland, where Boet worked for a British company, teaching the indigenous people how to grow tobacco.

At the end of 1963, the Ferreiras moved back to Rhodesia and settled at Aberfoyle Ranch, near the town of Gwelo in the Midlands Province. Mother Joey was pregnant, and the siblings were blessed with a baby sister, Marlene. The Ferreira family was complete and lived at Aberfoyle Ranch until they left for South Africa. Paul, together with his siblings, completed their education in Gwelo at Chaplin High School. He joined the Rhodesian Army upon leaving school to fight for his country. After serving his country, he started farming under his father’s mentorship until the family decided to relocate and settle in South Africa, where Paul later acquired a farm in the Alldays area of the Bushveld.

Paul was then married and had one daughter, Erda. Sharing the same interests and occupations in the industry, the couple worked together, and Paul joined his father-in-law and mentor, Bertie Guillaume (one of the founder members of PHASA) with BG Hunting Safaris from 1986 to 1995.

Paul was experienced in bow hunting, rifle hunting, wing shooting and fishing expeditions all over Africa. He had big game experience in Southern Africa, Zambia, Zimbabwe, Mozambique and throughout Europe. He did marketing in Spain, the USA, Russia and many other countries, and has used his many years of experience to train and mentor young professional hunters.

Starting in 1995, Paul was instrumental in developing one of the largest privately owned game reserves in South Africa (well over 100 000 ha) called Tswalu (meaning “a new beginning”) and Tarkuni Hunting Estate in the heart of the Kalahari. He then operated in Zambia from 2001 to 2012 with Nsonga Game management in Nkala Billili and Namwala adjacent to the Kafue National Park

Paul moved to Limpopo in 2002 and started developing Shakawa Safaris in Waterpoort, operating from there and still hunting in Zimbabwe and Mozambique. He then bought a farm near Mopane on the banks of the Sand River in Limpopo, where he lived with his wife Linda and continued with the breeding of roan antelope.

Paul’s many ventures lead him to Coutada 10 in Mozambique, where he became the sole operator and outfitter of Marromeau Safaris. He would spend his time here during the hunting season and then return home to also schedule important and “crucial” fishing time at his beloved Nandoni Dam wood cabin.

Paul obtained many awards throughout the years related to conservation and hunting, including the Endangered Wildlife Trust Wild Gene Recovery Award in 2000 and the PHASA award for long-standing membership (25 years) in 2014. In 1999, he received the wildlife conservation utilisation award. He received his award dressed in a suit but was famous for never wearing shoes – he was nicknamed and well known as “kaalvoet (barefoot) Ferreira”.

At the end of 2017, Paul was diagnosed with Stage 3 throat cancer and had to undergo an immediate Laryngectomy, whereby his larynx (vocal cords) were surgically removed. Doctors also discovered a brain aneurysm. Unfortunately, the aneurysm was inoperable, and the doctors explained to Paul and his family that if the aneurysm should rupture, it would be fatal. “He decided to leave it and said that it was now in God’s hands. We enjoyed four healthy and blessed borrowed years with him. He continued to farm, hunt and fish – living each day to the fullest. It was his wish not to die in a hospital. He was where he loved it the most when God came and took him – in the bush,” said Erda.

The late Paul Ferreira is survived by his wife Linda, daughter Erda Ferreira Coxen, brother Nico Ferreira and sister Lettie Paul. Due to the current Covid-19 lockdown restrictions, those wishing to attend Paul’s online memorial service can WhatsApp the words “Paul Memorial” to 079 540 9354 and details will be provided.