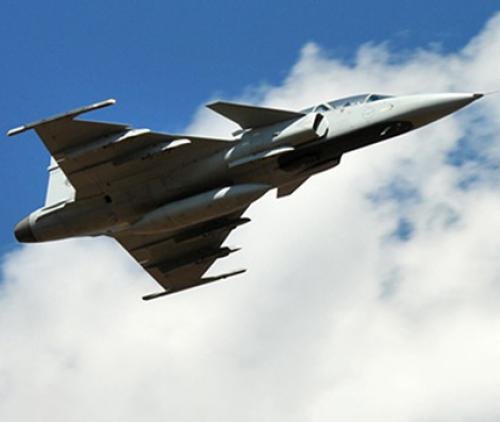 After six weeks of waiting for a response, the South African Air Force (SAAF) finally confirmed an incident during which one of its Gripen fighter craft was severely damaged during a routine maintenance incident.

After almost six weeks of waiting, the Zoutpansberger finally managed to elicit a response from the South African Air Force (SAAF) this week regarding an accident at AFB Makhado during which a multi-million-rand Gripen fighter craft was damaged while basically being strapped to the ground.

News of the “accident” first surfaced in April this year. Rumour had it that the cables holding down the Gripen in the engine-testing bay had snapped, after which the fighter craft veered out of control and crashed.

The Zoutpansberger’s first enquiry about the then-alleged incident was made on 15 April this year through an e-mailed media enquiry directed at the commanding officer of AFB Makhado. Since then, the newspaper was sent from pilar to post regarding the incident, with its enquiry bouncing around in SAAF offices from here to Pretoria.

The newspaper’s enquiry came amid the ongoing controversy regarding the initial arms deal and how it had come about that South Africa had purchased the hugely expensive Gripen aircraft from the British defence company BAE Systems. In the enquiry, the Zoutpansberger asked the SAAF to firstly confirm the incident and, if it had occurred, to indicate when it had taken place and what exactly had happened. The newspaper also wanted to know the extent of the damage to the plane in monetary terms and whether it could be repaired. These questions were asked amid rumours that, of the initial fleet of Gripen fighter craft originally purchased, very few were still operational. Regarding this, the SAAF was asked to both confirm the initial number of Gripen fighter craft allocated to AFB Makhado and the number still operational.

After five weeks of waiting for a response from the SAAF, despite numerous follow-up requests, the newspaper opted to write directly to Brig Gen Mafi Mgobozi, the head of the Department of Defence’s Corporate Communication Department, on 24 May. A week later, he responded.

“The Gripen Aircraft was damaged during a ground run routine maintenance when an anchoring cable broke resulting in an accident. The incident occurred on 08 April 2021 at Air Force Base Makhado,” reads Mgobozi’s statement, issued on 3 June. Regarding the reparability of the fighter craft and the number of Gripen aircraft still operational, Mgobozi states that he cannot disclose this information “as it deals with the operational readiness of the organisation”. Mgobozi gives no other details about the incident, other than to confirm that AFB Makhado has instituted a board of inquiry to investigate the cause of the accident.