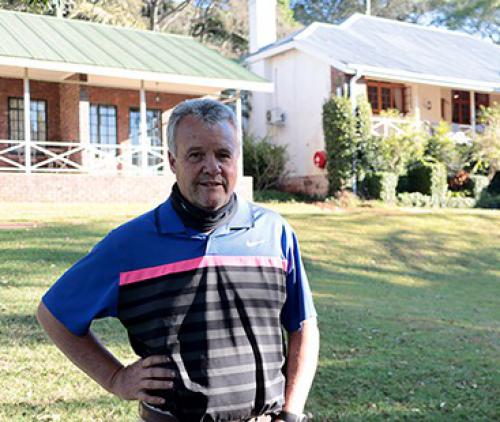 The Avoca Vale Country Hotel is currently being revamped and guests can expect an entirely new experience when the hotel reopens on 1 September this year.

The historic hotel, situated roughly 12 kilometres north of Louis Trichardt and nestled in the Soutpansberg mountains, was bought by the Manupont development group in 2019. The new owners wanted to retain the hotel’s classic character but modernise it and add more luxurious rooms.

The first phase of the development finished at the end of 2020 when a new accommodation block was completed. This block added 24 luxury rooms to the hotel’s existing 24 old-style-charm rooms. Not long after the new block was opened, the hotel closed again for renovations to the older units, as well as the kitchen, bar, and reception areas.

According to Mr Bryn Pyne-James, who currently manages the hotel, the renovations include a total overhaul of the old hotel’s sewerage system. A new, environmentally friendly drainage system had to be designed and all the units had to be connected. The geysers were all replaced with energy-efficient gas systems.

The biggest changes happened at the restaurant and reception area. The kitchen was redesigned and, once finished, will boast modern equipment. Most of the classic wooden floors of the hotel have been retained, which compliments the historic character of the building. The area overlooking the terraces and swimming pool was also redesigned, which should create a perfect setting for Sunday lunches.

Another interesting development is in the mountain terrain surrounding the picturesque hotel. The old blue gum plantation will slowly disappear to make room for indigenous trees and plants. A hiking and mountain-bike trial is in the process of being developed, which will take guests on a route of several kilometres along the slope of the mountain.

The construction work is at an advanced stage and, once finished, the buildings will all have the same colour schemes and style. The hotel will retain its three-star rating but aims to offer four-star facilities.