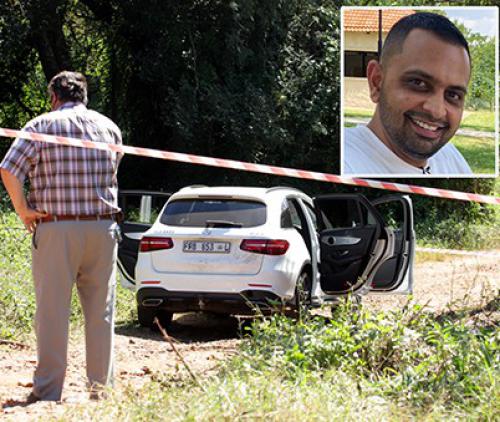 Makhado police have made an urgent appeal for any information that might help locate well-known Louis Trichardt businessman, Mr Shyam Premjee, who was allegedly kidnapped by a number of unknown suspects earlier this morning.

According to provincial police spokesperson Brigadier Motlafela Mojapelo, the 36-year-old businessman had just left his home in Schimper Crescent when he was allegedly blocked by suspects travelling in two vehicles on the corner of De Vaal and Barnard Street.

“One of the vehicles allegedly blocked him in front and the other at the rear. Some shots were reportedly heard in the vicinity in of the scene,” said Mojapelo.

Mr Premjee’s Mercedes Benz GLC 250 was later found abandoned just off Forestry Road along the Meulbos dirt road. “The suspects were allegedly using a grey Hyundai Accent and another silver sedan and reportedly drove north along the N1 towards the Nzhelele road,” said Mojapelo.

Anyone with information about the incident or Mr Premjee’s whereabouts are urgently requested to contact Colonel Nyelisani Mabatha on 082 565 8171 or the Crime Stop number 0860010111.

Glass shards, apparently from a broken vehicle window and a glove were found at the corner of De Vaal and Barnard Street where Mr Premjee was allegedly abducted by a group of suspects.