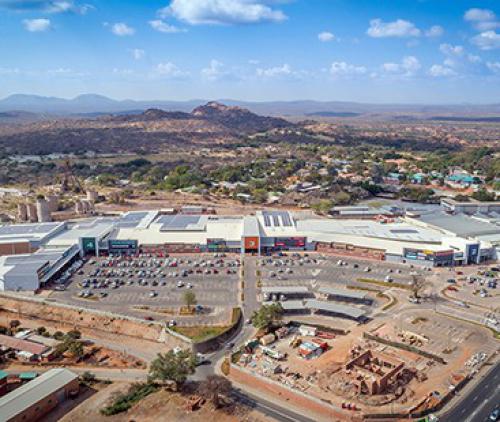 According to a media statement issued by Flanagan & Gerard on Tuesday, the transaction has resulted in Flanagan & Gerard and Moolman Group becoming 50/50 co-owners of Musina Mall, extending their long-standing association. Moolman Group, Musina Mall’s lead developer with Investec Property Group, previously owned a one-third stake in the mall, which it has increased to a 50% holding.

“We are proud to partner with Moolman Group again and thrilled to acquire a 50% stake of this quality three-year-old retail asset from a property investor of the calibre of Investec Property Fund. Musina Mall meets all our investment criteria -- it is reporting excellent trading and is dominant in its trade area where it has very little competition. We are pleased to count Musina Mall in our portfolio of quality shopping centres,” said Mr Paul Gerard, managing director of Flanagan & Gerard.

Investec Property Fund joint CEOs Andrew Wooler and Darryl Mayers commended Flanagan & Gerard Property Investment and Development for their acquisition of Musina Mall. “While it is difficult to let go of such a quality asset, we believe that the sale is necessary to de-gear our balance sheet as we look to provide further capital funding for the Pan European logistics real estate and UK Fund strategies. Investec Property Fund has shared an exemplary partnership with Moolman Group, following an extension of Musina Mall in 2017, and look forward to seeing their collaboration alongside Flanagan & Gerard. We strongly believe in the class of the asset given the heritage-rich town of Musina and walk away proudly after eight years of holding the mall within our portfolio,” they said.

“The initial acquisition and redevelopment of Musina Mall, formerly The Great North Plaza, has been incredibly positive and rewarding. It has outperformed our expectations since its relaunch and continues to show significant growth, even in the tough times of late.  Our relationships with both Investec Property Fund and Flanagan & Gerard have always been collaborative, progressive, and respectful.  We are looking forward to the continued journey ahead and further unlocking the potential of this shopping mall,” commented Mr Pieter Lombaard, CEO of Moolman Group.

Musina Mall is in the heart of the heritage-rich town of Musina, which is the country’s northernmost major town. It is a mere 10km from the Beitbridge border post into Zimbabwe, which is the second biggest port of entry into the country and a gateway to other SADC countries. Offering superb access, the mall is situated on the N1 from which it enjoys direct access.

The redeveloped Musina Mall first opened its doors in March 2017, incorporating the site’s original development, The Great North Plaza. With 35 000 sqm of retail space, the mall houses almost all the area’s recognised national retailers and popular brands. Musina Mall is anchored by Checkers and Shoprite and offers Woolworths, Clicks, Mr Price, Foschini, Ackermans, Truworths, and Pep, and much more. It is also home to all five major banks: ABSA, Standard Bank, Nedbank, FNB and Capitec. Dis-Chem is opening in the mall in September 2020.