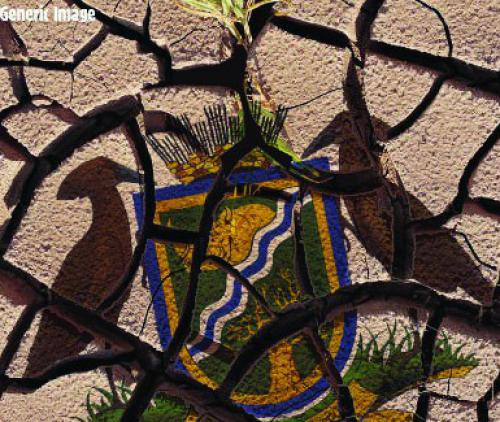 At the time of our going to press on Wednesday, some residents of Louis Trichardt who do not have the luxury of a borehole or refillable water tank would have been without running water for almost a week now.

The town’s taps ran dry last week because of a major pipe burst on the pipeline feeding water to town from the water treatment plant at the Albasini Dam. On Sunday, officials managed to fix the problem temporarily and tried to start pumping water again, but the success of this “quick fix” was short lived when it also sprung a major leak. Again, the pumping of water had to cease.

Residents’ hopes flared up on Tuesday when officials announced that they had managed to fix the problem more permanently and that the pumping of water might resume at midday. Sadly, this hope (and joy) was also short lived for both residents and officials from the Vhembe District Municipality (VDM), this time as a result of circumstances beyond VDM’s control.

While repair work was taking place on the pipeline, the electricity at the pump station was switched off. This gave thieves the perfect opportunity to literally strip the pump station at the raw-water treatment plant at the Albasini Dam of ever last bit of copper cable. Once again, no pumping could take place and the estimate at that stage was that repairing the damage might take 24 hours and more.

Later on Tuesday, VDM spokesperson Mr Matodzi Ralushai apologised in a press statement for the inconvenience caused, not only by the initial pipe bursts, but also by the vandalising of the pump station. He added that a case of theft and vandalism of water infrastructure had been opened at the police station in Louis Trichardt and that the VDM was working extremely hard to make sure that the plant was fixed as soon as possible. In the meantime, Ralushai said, water tankers would be used to supply water to the affected areas [Louis Trichardt and Tshikota] and that the water supply would resume immediately after the plant had been fixed.

By early Wednesday morning, the VDM stated that contractors at the pump station were in the process of purchasing the necessary equipment needed to repair the damage. No indication could be given, however, of how long the repair work would take.