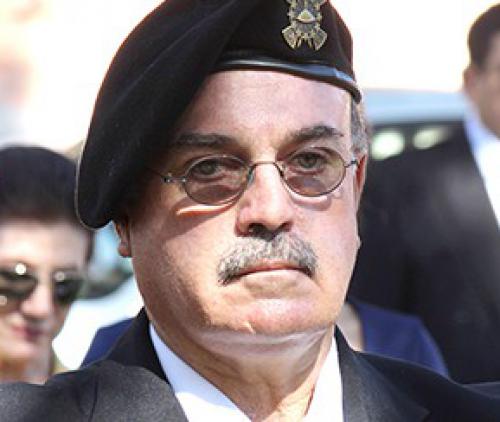 Residents of the Soutpansberg and surrounds were deeply saddened by the news of the death of well-known Louis Trichardt businessman Mr Alan Odendaal on Thursday, 2 July.

Alan was born on 11 June 1963 in Fort Portal, the Canadian Mission Hospital in Uganda, out of the marriage between Christian Herbert George and Thelma Odendaal as their youngest son. He had two older brothers, Val Edgar and Doug, and two older sisters, Carol and Wendy.

The family left Uganda and moved to South Africa in 1965, where Alan went to Estcourt Primary School and Estcourt High School. During his high-school career, he played the trumpet in the high school cadet band and was awarded colours for his performances.

In April 2004, Alan relocated to Louis Trichardt and started his own business, H2O Plumbing, Electrical, Pumps and Irrigation. A couple of years later, Alan met wife Karen and the couple got married on 29 September 2007.

Alan was actively involved with the local Rotary Club and the MOTH’s Turbi Hills Shellhole in Louis Trichardt. When his social calendar became too hectic, he resigned from Rotary. He was the Old Bill of Turbi Hills Shellhole from July 2013 to October 2018 and arranged various Delville Wood and Remembrance Day parades, where he did his best to recruit members for the shellhole. Even though the Turbi Hills Shellhole was his first love and he dedicated a lot of time and energy to the organization, he felt that he needed to reinstate the MOTH Shellhole in Tzaneen. This dream led to the establishment of the Long Tom Shellhole. Alan resided in Louis Trichardt but travelled through to events and monthly meetings to Tzaneen where he was the Old Bill of the Long Tom Shellhole.

On 30 March this year, Alan underwent a lower-back operation in Polokwane but continued to suffer backpain during the first two months of the Covid lockdown while recovering at home. On 28 May, he experienced severe abdominal pain and was rushed through by ambulance to the Tzaneen MediClinic, where his gallbladder was removed on 29 May. He was in ICU until 3 June and discharged on 6 June.

Alan returned to recover at home and had to follow a specific diet. Early on Friday, 26 June, however, he complained of an excruciating pain in his left shoulder and abdomen and once again was rushed through by ambulance to the Tzaneen MediClinic. There he underwent an emergency operation during the evening of 26 June and early morning of 27 June. He had two perforations in his intestines and was not doing well while he was admitted to the ICU. He was struggling with his blood pressure. His condition worsened drastically and he passed on at 00:40 on 2 July at the age of 57 years.

Alan is survived by his wife, Karen, son Ryan in the USA, son Bradley in Bela Bela and grandson Ashvinne Odendaal in Lephalale. His youngest son, Kabous, was sadly killed in a hit-and-run accident in May 2017. He is also survived by his two older brothers and sister Carol MacDougal.

“Alan was an honest, hardworking person who was always serious about the righteousness of situations, and he was always prepared to go the extra mile for his customers by even working weekends and evenings. He was proud of his accomplishments and never had a problem to share his knowledge and expertise with other electricians or irrigation specialists. He was passionate about the MOTHs and dedicated a lot of his time and energy to the principles of the MOTHs. He was compassionate towards other people and was always assisting people in need. He was a dedicated father and husband and had lots of time for his family; he was a loving husband, supportive and spent a lot of time at home when he was not working. He was an excellent cook and loved watching cooking programmes and trying new recipes,” said Karen.

Alan will be remembered as a person who never complained about things. He just got the job done and was not shy to roll up his sleeves. He had a good sense of humour, was well read with a vast general knowledge, and was loved by many.

A memorial service for Alan will be broadcast live on YouTube on Thursday, 9 July, from 11:00 from the Turbi Hills Shellhole in Louis Trichardt. Those who can not attend the service due to the Covid-19 lockdown restrictions can watch the service by going to the following YouTube link: https://youtu.be/mQVGNhIWgLY