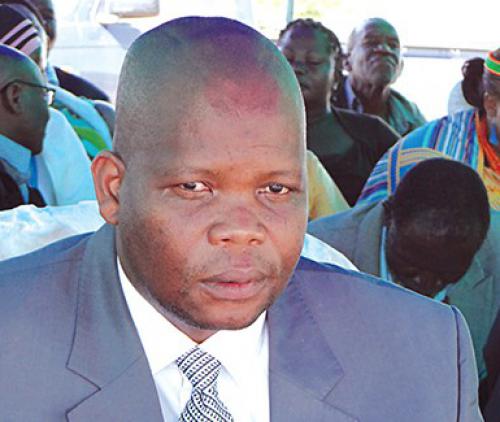 The acting king of the Vhavenda, Toni Mphephu-Ramabulana, is fighting back and intends to ask the Constitutional Court to set aside last year’s judgment of the Supreme Court of Appeal (SCA). This court provisionally stripped him of his title and sent the matter back to the Limpopo High Court.

In April last year, the SCA set aside the decision by former President Jacob Zuma to recognise Toni Mphephu-Ramabulana as the king of the Vhavenda. One of the reasons given was that the criteria used by the royal family when selecting a suitable successor promoted gender discrimination. The court also ruled that the meeting during which the royal family had chosen the new incumbent had not been properly constituted in terms of the relevant legislation.

The main contender for the throne, apart from Toni, is his niece, Masindi Clementine Ramabulana. She is the only child of the late Paramount Chief Tshimangadzo Mphephu, who reigned as King Dimbanyika of the Vhavenda from 1994 to 1997. Masindi was the only child born out of Dimbanyika’s marriage with the dzekiso (heir-bearing) wife, Fulufhelo Mphephu.

The SCA sent the case back to the Thohoyandou High Court, where a judge other than the one who had made the original ruling, Judge Ephraim Makgoba, will have to adjudicate the merits. This court was initially requested to rule on various technical issues, such as jurisdiction and male primogeniture.

After a delay of several months, a pre-trial hearing was eventually held on 4 June this year. This hearing was not attended by the legal representatives of Toni Ramabulana. One of the reasons initially forwarded by Toni’s legal team was that they first wanted to have the report of the Limpopo House of Traditional Leaders (LHTL) and the National House of Traditional Leaders (NHTL) reviewed. These two houses were tasked by the SCA to express an opinion on various matters.

In what was described as a setback for Toni, the two houses cleared various of the obstacles seen to prohibit Masindi from becoming queen. The houses were also of the opinion that Toni could not be king because he had been appointed as ndumi to his late brother, Dimbanyika. “His appointment as ndumi automatically disqualifies him from succeeding in a position of traditional leadership,” the report stated.

The legal team of Masindi and that of the South African President indicated that they would now apply that a three-week period be set aside for the hearing, starting on 26 October.

In the latest development, the legal team of Toni have served papers on Masindi’s legal team, indicating that they will be asking the Constitutional Court to rule on the matter. This court will be asked to set aside the ruling of the SCA as well as to declare that the decision to involve the LHTL and the NHTL had been incorrect.

One of the first hurdles that Toni’s legal team will have to cross, is the late filing of the appeal. In the latest affidavits, they argue that they first had to wait for the LHTL and the NHTL to submit their reports. They apparently assumed that the two houses would realise that they did not have the statutory power to do as the SCA had indicated they should. “As soon as the said reports were to hand, the [two Houses’] incompetence to deal with issues … was shown in their reports after they appropriated to themselves the powers of the Court,” the affidavit reads.

The reports of the LHTL and NHTL were made available on 11 November 2019 and these were followed by a series of legal skirmishes. Among others, Toni’s legal team reacted to an attempt by Masindi to attend a traditional walk that is normally reserved only for the king. They felt that she was jumping the gun and “acting as the queen of VhaVenda”.

The delay in appealing to the Constitutional Court is, for the most part, also attributed to the Covid-19 pandemic and the lockdown regulations.

From the court papers one can clearly deduce that Toni’s legal team have realised that they cannot take the LHTL and NHTL reports on review. Their advocate advised them that “the reports of the [two houses] are not capable of being reviewed and that the Applicants were best served by launching the appeal process as we hereby do”.

In the appeal, Toni’s legal team argue that the SCA erred in law on numerous aspects. They feel that Masindi should have sought relief as outlined in the Traditional Leadership and Governance Framework Amendment Act 23 of 2009. They also took exception to the SCA’s ordering that the LHTL and NHTL provide guidance to the High Court on matters related to Vhavenda royal traditions. “This finding is, with respect, wrong. The houses of traditional leaders under the Framework Act and the National House of Traditional Leaders Act, 22 of 2009, are populated by the senior traditional leaders from traditional houses. They are never meant to serve as experts to give opinion and guidance to courts of law,” the affidavit reads.

In response to the latest court application, Mr Johann Hammann, attorney for Masindi Ramabulana, said that they would definitely oppose the application. He said that they had not been notified of the intention to appeal and had also not received a case number.