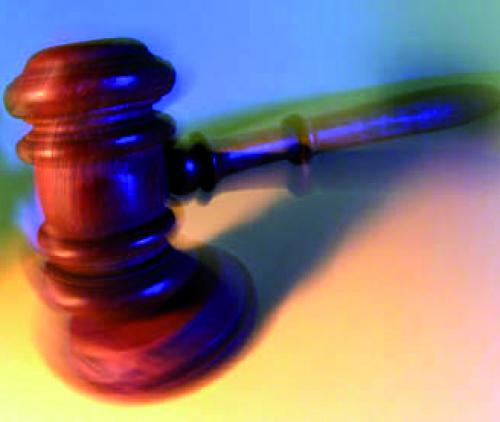 The national Director of Public Prosecution (DPP) was ordered to pay almost R1 million in damages to two men who were, among other things, forced to lick the blood of a fellow detainee off the floor, following the wrongful arrest and unlawful detention they suffered at the hands of the Musina SAPS.

Acting Judge P D Phahlane of the Gauteng Division of the High Court in Pretoria awarded the damages to Messrs Joseph Masindi and Jimmy Bambela on 20 September. This was after Judge S S Mphahlele of the same court had already ruled on 26 January 2018 that the DPP was 100% liable for damages suffered by Masindi and Bambela after their arrest.

Masindi and Bambela were arrested by the Musina police on 29 July 2011 on charges of rape and robbery and detained in the Musina police station’s holding cells for a period of 16 days before they were granted bail. The case then dragged on for months until all charges were eventually withdrawn against them on 3 July 2012.

Blood was drawn from both Masindi and Bambela on the day of their arrest and sent away for DNA testing. What emerged later was that Masindi and Bambela’s DNA did not match the samples recovered by the police on the crime scene. The results of the DNA tests were apparently known to the police by January 2018, yet Masindi and Bambela’s case was postponed several more times because of “a lack of DNA” results. What also came to light later was that neither Masindi nor Bambela was identified by any of the witnesses during the police’s identity parade as the real culprits had worn masks. This information was already known to the police by 8 August 2011, just days after their arrest. The entry in the police’s investigation diary reads: "All the witnesses say they failed to identify the suspects because they were [wore] masks, kindly establish how two accused were arrested and who identified them". Yet the police detained them for another eight days. These facts, entered into evidence in court, caused Judge Mphahlele to rule that Masindi and Bambela’s arrest, detention and prosecution had been wrongful, unlawful and malicious.

Masindi and Bambela’s account of the suffering they had to endure at the hands of the more than twenty other arrested people in the police’s holding cells reads like a horror story. “They were made to sleep on the wet floor next to the toilet. They were made to clean the mess in the toilet and urine on the floor with their own T-shirts and those of other inmates. One of the inmates was assaulted and was bleeding … his blood spilt on the floor and the two plaintiffs were made to lick the blood with their tongues as a form of punishment. They were also forced to masturbate and to perform same to other inmates on their private parts,” read the court documents.

Initially, Masindi claimed R4 912 000 and Bambela R5 812 000 for, among other things, damage to their dignitas (dignity), as well as damages for past and future expenses regarding their physical and emotional trauma. At the time of their arrest, Masindi already had an extensive criminal record, while Bambela was arrested for the first time in his life.

Masindi’s past criminal record seemed to have had an influence on the amount of damages awarded to him. “Having assessed all the circumstances of this case; the duration of detention relevant for consideration; the emotional effect thereof, I am of the view that it would be fair and appropriate to award damages in the amount of R20 000 per day on behalf of the first plaintiff [Masindi] and R40 000 per day on behalf of the second plaintiff [Bambela],” Judge Phahlane ruled and ordered the DPP to pay R 320 000 in damages to Masindi and R640 000 in damages to Bambela. “The defendant [DPP] is ordered to pay interest, in respect of the aforesaid amounts at the prescribed rate from date of judgment until date of final payment,” Judge Phahlane said. He also ordered the DPP to pay the cost of the suit on a party-and-party basis.