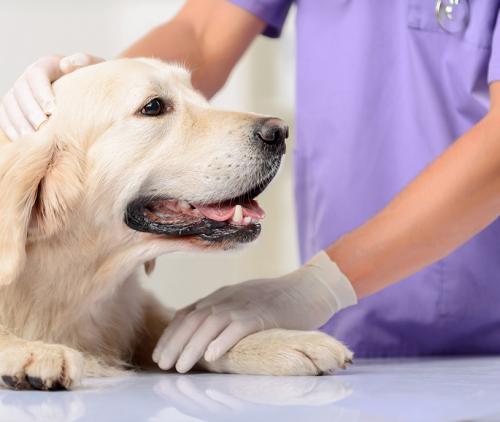 Dogs and cats should receive their first rabies vaccinations before three months of age. They will receive their second vaccination at three months, a third within 12 months, and annually thereafter.  In South Africa, the law requires that pets be vaccinated against rabies. Photo supplied.

Now to vaccinate against rabies

World Rabies Day on 28 September again highlighted the importance of having your dog or cat vaccinated as almost all human rabies cases in South Africa, and globally, are caused by dog bites. “Vaccinations are the most effective way to reduce the risk of this disease,” said Dr Guy Fyvie, Hill’s Pet Nutrition’s Nutritional Advisor.

The latest communicable diseases communiqué of the National Institute for Communicable Diseases (NICD) confirms eight cases of human rabies in 2019 to date in South Africa. These cases were from three provinces, namely KwaZulu-Natal, Eastern Cape and Limpopo. In addition, two deaths were classified as probable rabies cases, one from KwaZulu-Natal Province and the other from the Eastern Cape. Globally, an estimated 55,000 deaths occur per year as a result of canine rabies.

South Africa’s Department of Agriculture and Rural Development holds regular vaccination clinics in key areas that have rabies outbreaks or scares.  This is predominantly in the eastern part of the country. However, Dr Fyvie explained, it remains everyone’s responsibility to have their dogs and cats vaccinated against the disease.

“In South Africa, the disease is still very present, particularly in our rural areas where many dogs are not vaccinated against the virus. In addition, rabies is commonly reported among stray or feral dogs and cats,” said Fyvie in a press release. Sadly, Fyvie added, children were the ones especially at risk of encountering animals infected with rabies as they were more inclined to want to play with and pet them. Affected animals also lose their fear and will approach people and places they normally avoid. Parents should therefore keep a close eye on their children and discourage them in all circumstances from interacting with feral, stray or unfamiliar animals that may be acting abnormally.

If you suspect that you have been in contact with an infected animal by chance, seek immediate medical attention. Immediately inform your doctor of any suspicion. They will notify the relevant authorities and administer the correct treatment protocol. The development of clinical rabies can be prevented with timely administration of prophylactic vaccine and rabies immunoglobulin. Unfortunately, if you wait before getting any medical attention, the disease will be fatal.

Rabies can easily be spread to humans through contact with saliva or tissue of infected animals, bites, scratches, licks on broken skin and mucous membranes of the lips or eyes.

The Louis Trichardt SPCA supplies free vaccinations to the public because of the big problem of rabies in communities. They encourage the local community to bring their cats and dogs for vaccinations. If, by chance, any shortage in stock is experienced, don’t forget about your local veterinarian who can also assist with vaccination, although it might be at extra cost.