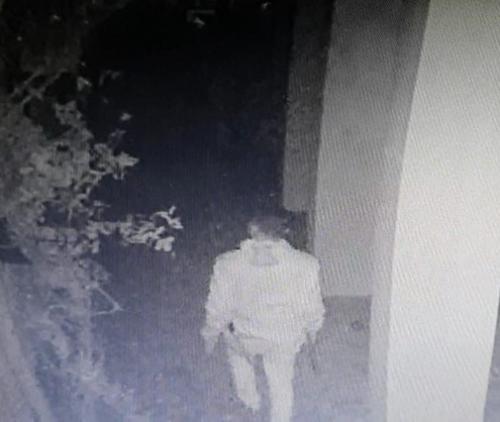 Residents in several areas of Louis Trichardt are being terrorised by a gang or gangs of housebreakers. It also seems as if very little is being done to apprehend members of the syndicate involved in the thefts.

The number of break-ins at houses in especially the upper part of town, has escalated dramatically the past month. Last Friday a large group of residents staying north of Stubbs Street, gathered at the Freemason Hall for a meeting. These residents stay in streets such Barnard, Bergh, De Vaal and Schimper Crescent.

At the start of the meeting residents were asked to indicate whether they had been the target of housebreakings the past month. More than a dozen hands immediately went up, with mentions of others who couldn’t make the meeting who had also been targeted by the criminals.

One resident was visited by the gang twice in one week. On both occasions he managed to capture video footage of the intruders, who quickly fled once confronted.

From the stories told during the meeting the modus operandi of the criminals became clear. During the course of the night two or three housebreakers get dropped off in the vicinity of the houses about to be robbed. The thieves normally enter the yards between midnight and 03:00. The loot is then stashed either in a dark corner of the yard or in adjacent bushes. Empty houses or vacant yards are also used to stash away the equipment, such as cell phones, laptops and television sets that were stolen.

Before sunrise the area gets visited by the “collectors”, who drive around picking up the thugs with their loot.

The area where the thieves were active the past month or two, can only be accessed via two roads, namely Barnard or De Vaal streets. This also means that the movement of suspicious vehicles are picked up by the video surveillance cameras at several houses. The residents already identified at least three vehicles used by the syndicate. In one case, where a white or cream Nissan NP200 bakkie is used to collect the stolen goods, even a registration number was recorded.

Friday’s meeting was also attended by representatives of the Soutpansberg Town Watch and private security companies. Notably absent was any representative of the SA Police Service. From the discussion it transpired that most residents had no trust in the police to be able to safeguard them and their possessions.

The station commander at the Makhado SAPS, Colonel Nyelisani Mabatha was this week asked about the spate of burglaries and what the police are doing about this. She refused to comment and referred all enquiries to the police’s provincial spokesperson. “As media you know very well that you have to communicate with me through the spokesperson,” she said.

When the provincial spokesperson, Colonel Moatshe Ngoepe, was contacted, he claimed that the police are not aware of these incidents and haven’t received any complaints. “Members of the community are advised to escalate this type of concerns to the station commander or the cluster commander for intervention,” he said.

“Community members should effectively participate in CPF, the sector forums, the streets committees and the neighbourhood watch with the aim of eradicating any form of criminality in and around their areas,” said Col Ngoepe.

Although he insisted that members of the community should engage stakeholders such as Community Policing Forum (CPF) for intervention, it seems as if those stakeholders are not active in Louis Trichardt town. The Makhado CPF chairperson, Mr Samson Mpilo, indicated that he wasn’t aware of these criminal activities as well as community meetings. “I haven’t heard anything,” he said.

Mr Mpilo was asked about the CPF meetings two weeks ago and whether a reporter can attend these to be more up to date with what is happening in the fight against crime. He then informed the reporter that the meetings are not open to members of the media.

As far as the residents in the area north of Stubbs Street are concerned – they have started mobilising themselves. A number of residents have made themselves available to assist with nightly patrols of the area. The group have already started to address issues such as the streetlights that are not working. The lights have been marked and the information given through to the local municipality. The residents also discussed ways of using surveillance technology to be able to identify suspicious vehicles and people roaming the area in the early morning hours.