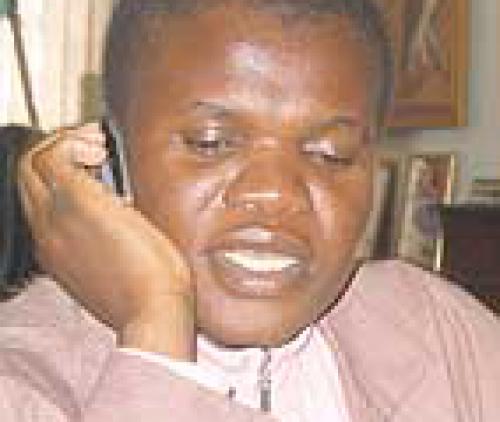 Acquitted and happy is the flamboyant municipal manager of the Makhado Municipality, Ms Faith Muthambi.

MAKHADO – The Makhado District Court has withdrawn the case of fraud against the Makhado Municipal Manager, Ms Faith Muthambi.

The first woman to be appointed as the municipal manager in the history of the Makhado Municipality will never forget May 26, when members of the Serious Economic Crime Unit from Polokwane unexpectedly paid a special visit to her office to say “Ma’am, you are under arrest.” On the same day, she appeared in the Makhado District Court and was granted R2 000 bail, which is not less than the bail granted to the former deputy president, Jacob Zuma, by the Durban Magistrate’ Court.

During her second appearance in court on July 1, she was over the moon when the court withdrew the fraud charge brought against her by certain council members and (former) officials who were faced with internal disciplinary proceedings.

The junior officials were alleging that Muthambi had defrauded the council and Mercurius Motors when purchasing her luxurious German sedan vehicle. Asked how she had been coping during the time when dark clouds of an alleged fraud scandal were hanging over her head, Muthambi said: “As a hard worker, I have been performing my tasks as if nothing has happened, because I knew that eve-rything was based on malicious lies aimed at destroying my image and creating groups within the council.”

A delighted Muthambi said that, while she would be continuing to head the council in enhancing service delivery, her officials should also be learning to get their facts straight to avoid unnecessary lawsuits. “I am happy, but my friendly reminder to my officials is that no one is allowed to act exactly as he or she pleases in all circumstances with no restrictions and without considering proper internal communication channels,” she said.

Director: Corporate Services Ntsieni Peter Magwala claimed that, despite the alleged fraud charge against Muthambi, the council remained intact. Asked if the council has adopted a plan to prevent what has happened from occurring again, Magwala said, “We are encouraging both aggrieved members of the public and our officials to utilise council structures to address their grievances, but most importantly, to follow the right processes and procedures. As of now, from the municipal desk, we are intending to hold a strategic planning meeting, of which one of the aspects would be covering the internal communication process.

He said that the withdrawal of the fraud charge against the municipal manager by the court of law also proved their initial position as council that they have been maintaining that Muthambi was innocent until proven otherwise by the court of law. “My advice to both members of the public and our officials is that they must refrain from making unfounded malicious allegations about other individuals,” he said.