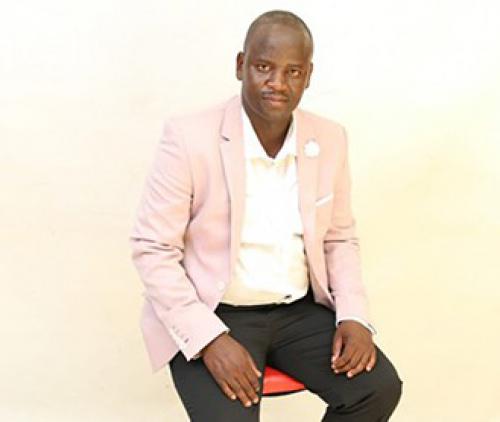 Mulalo Samuel Nelushi, or Gospel Sam as he is known to his fans.

Gospel Sam Nelushi bounces back with a solo album

Mulalo Samuel Nelushi, or Gospel Sam as he is known to his fans, is not an ordinary gospel singer but a fully-fledged musician whose purpose is to mend broken hearts through music.

“I am a gospel artist, I preach through gospel,” said the 36-year-old Nelushi. “I mend broken hearts and bring people closer to God through music.”

He sees gospel music as a very powerful tool with a great ability and capability to touch and win souls. “Its message cuts deeper into the heart and brings joy to saddened souls,” he said. “It brings about much-needed comfort to the depressed.”

He was inspired by Bishop (Dr) Roxley Masevhe. Masevhe was preaching at Nelushi's older brother's birthday party, and that was the day that Nelushi accepted Jesus Christ as his personal Saviour. That was also the beginning of a meaningful journey of his life and music. “It was 1992 and I was very young then, but a meaningful lifestyle began for me,” he said.

He was only thirteen when he started singing seriously in the church. “I thrived on singing,” he said. “When it was time for items presentation in the church, I would sing and touch many souls. Some would literally cry while some stood up to join in singing and dancing.”

His mentor is Apostle Nduvheni, who had encouraged him for many years. “He had walked with me from my Sunday school days to this very day,” he said. “He never gives up on me. He keeps me on my toes and takes me out of my comfort zone.”

He admires Rebecca Malope for her musical prowess. “As a child, I would go to my then neighbours, just to listen to her songs on their radio since we never owned a radio at the time,” he said. “She had such an angelic voice.”

In 2010, he formed a group called Muvuledzi True Worshipers, for which he became a lead vocalist and key composer. Their debut album did not do well. But in 2019 he went solo with Riya losha, after his wife Mrs Sarinah Nelushi had encouraged him to never give up.

The album comprises 10 songs, which are Riya Losha, Vha fulufhelaho Yehova, Riya losha, We a ri vhidza, Vha a vhusa, Yesu u kha ndango, Madi a vhutshilo, Dzithendo, Show us the way, Ndi wavho, and Adonai.

“Riya losha was well received by the public and it continues to get massive response from people,” he said.